Firms urged to prepare to take in Gen Z workers 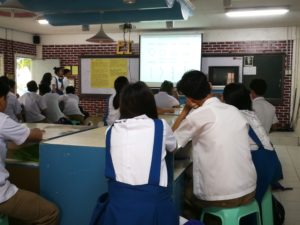 Younger workers are expected to become a big chunk of the workforce in the next few years.

Companies would have to exert effort to make sure that these younger workers would be able to blend harmoniously with older generation workers, an official of Dell EMC Philippines said.

“We’re going to have multiple generations in an organization. There should be mentoring to integrate different generations into one. Companies should address the digital gap in generations. Those companies will survive if they’re able to adapt to that culture,” said Michelle Juliano, product marketing manager of Dell EMC Philippines, during last Friday’s press briefing in Oakridge Business Park in Mandaue City.

As early as now, Generation Z workers, or those aged 16 to 23 years old, have started to enter the industry.

These include the graduates of Senior High School which can now opt to join the workforce if they decide not to pursue college education.

In the Philippines, the Generation Z comprises around 30 percent of the population.

By 2020, the Generation Z could represent 20 percent of the workforce already.

In Cebu, industry officials have already started tapping into this potential workforce.

“That’s the upcoming trend. The more exposure and immersion we give these students, the more chances to make them more employable even at a younger age,” he told Cebu Daily News.

Right now, he said there are already companies reaching out to public senior high school students and graduates.

Among those he mentioned was a program in partnership with the Apas National High School where these companies tapped 190 senior high school graduates.

Of these graduates, Sa-a said 105 graduates were able to land jobs in different information technology (IT) and business process management (BPM) companies in Cebu.

“That’s the advantage we’re seeing. We continue to help our SHS, to prepare them for opportunities,” he added.

Based on a study commissioned by Dell Technologies, Generation Z workers want to work with cutting edge technology.

Being well-versed with technology themselves, Gen Z workers are also eager to share what they know to their fellow employees.

“They’re willing to share their knowledge and be mentors to older generations in the organization,” Juliano said.

These young workers are also eager for more interaction and prefer talking to co-workers in person.

The study also found that great technology will entice Generation Z job candidates — 97 percent say the technology offered by an employer would be a factor in choosing similar job offers.

On the other hand, 84 percent believes technology and automation will create a more equitable work environment.

The respondents were secondary and post-secondary students in 17 countries around the globe.

In the Philippines, 730 Filipino high school and college students participated in the survey.

In the study, 94 percent of Filipino respondents recognize that the industry is entering the age of human-machine partnerships; 35 percent of Filipino youths believe that humans and machines will work as integrated teams; and 59 percent see machines as tools for humans to use as needed.

While Filipino Gen Z-ers are the most confident respondents in their technology skills, they are also among the most worried about their employability — 60 percent of respondents say they lack the working experience employers look for and 68 percent are confident they have the tech skills employers want, but not necessarily the non-tech skills.

At the same time and by contrast, senior professionals are concerned they are being outpaced and that a majority of leadership roles in the future will be filled by digital natives.

This is why Juliano recommended that businesses must help workers find common ground while they push to create a digital-first culture with up to five generations now in the workplace.

Juliano pointed out the need for collaboration among these generations.

Fortunately, the study showed that 86 percent of Filipino youth responders would be willing to mentor an older co-worker who was not as comfortable with technology.