Cebu City, Philippines – Hunat Sugbu 2019 Dagan Para ni Maning will once again be setting up an early registration booth at the Cebu Business Park on January 13, 2019, a Sunday, during the Cebu City Marathon (CCM).

The booth will be open for registrants from 5 a.m. to 9 a.m.

“For the past years, CCM  has always given us the opportunity to do early bird registration for our annual Hunat Sugbu run. So we will have a booth there once again this year for those who want to register early for Hunat,” said Jaybee Flores-Aquino, the marcomms manager of the Cebu Parklane International Hotel (CPIH), which is the organizer of the event.

This year’s Hunat Sugbu will be happening on June 23 and will start and end at the The Terraces of Ayala Center Cebu.

The run is already on its ninth year and is done annually to  honor of CPIH’s late president Manuel G. Ting.

The run will have four distance categories—21 kilometer, 12k, 6k and the 3k. 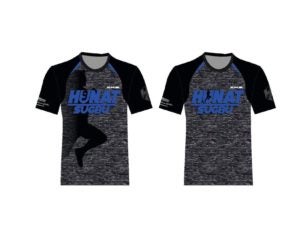 Limited edition full sublimation t-shirt that will be given away to the early bird registrants on January 13. CONTRIBUTED PHOTO

But instead of lowering the fees for the early registration, the regular fees will remain but the early bird registrants will instead get a limited edition full sublimation t-shirt.

Flores-Aquino said that only those who register on January 13 will get the limited edition shirt.

Although they will not be able to get the shirts on January 13 as it will only be distributed to the early birds when the regular registration opens sometime in March or April after the official press conference for the event. /bjo

Read Next
A year after the fire: Lessons learned as Metro Ayala rises from the ashes