NTC says only ‘shutoff’ not ‘shutdown’ of mobile, internet signals during Sinulog 2019 events 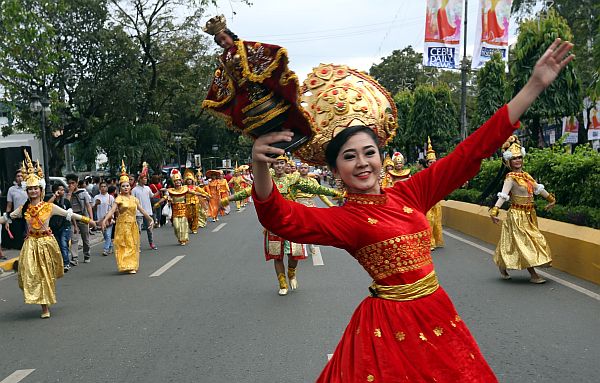 It was during the Sinulog Festival celebration in 2016 that the  signal shutdown was first implemented. /CDN FILE PHOTO

CEBU CITY, Philippines — The National Telecommunications Commission (NTC) will order a “shutoff’”  of cellular sites and not a total shutdown of mobile signals and internet access in Cebu during the holding of major events related to the Sinulog Festival 2019.

This was the assurance of NTC Central Visayas (NTC-7) Regional Director  Jesus Laureno following a meeting with top officials of the Cebu City Police Office (CCPO) this morning, January 7, on the signal “shutoff’ for the Sinulog.

Laureno said a shutoff would only involve a few cell sites in Cebu City to primarily cut off the signal along the routes of the Sinulog solemn procession in the afternoon of  January 19 and the mardi gras-like grand parade in the morning of January 20.

However, Laureno warned that a cell site “shutoff” will affect not just the Sinulog routes, which was the original request of the Police Regional Office in Central Visayas (PRO-7), but also the surrounding areas covered by that cell site.

The shutoff may extend further from the nearest cell sites to the routes because a smartphone would naturally try to tap the signal of another cell site.

He warned that this effect will force the telcos to shut off other cell sites, making the scope of the shutoff larger than originally planned.

The signals in some parts of Mandaue City, Lapu-lapu, and even Bohol may be affected as well.

Laureno said the NTC central office has the sole authority to give the approval on request of PRO-7 for a signal shutdown and the agency has yet to do so, said Laureno.

The time of the signal shutoff is also still to be determined.

Laureno assured that radio waves will not be affected as well as landline connections and people can use handheld radios for communication and tap on wired connections for online use./ elb