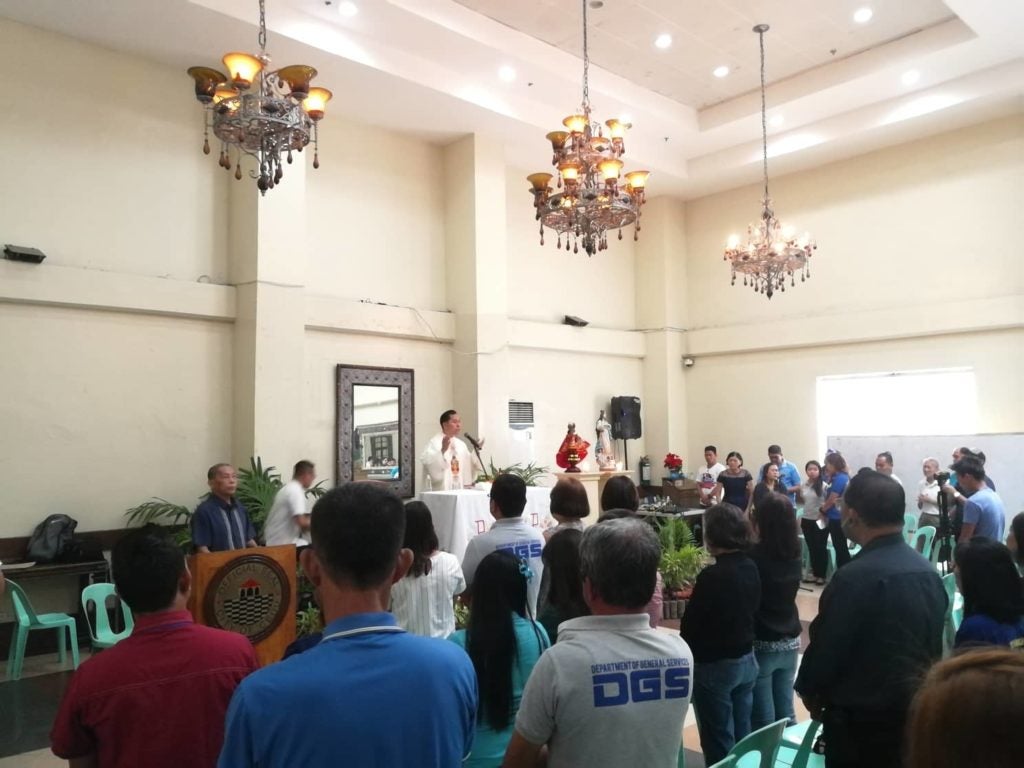 The more than 200 members of the Sinulog Foundation Inc.’s organizing committee attend a send-off Mass for them at the Social Hall of the Cebu City Hall on Wednesday, January 9. Photo by Morexette Marie B. Erram

CEBU CITY, Philippines — The Sinulog Festival will officially kick-off in a ceremony and with a solemn procession — Walk With Jesus — tomorrow, Thursday (January 10).

And members of the organizing committee from the Sinulog Foundation Inc. (SFI) is now 80 percent ready for Cebu’s grandest festival.

“We can now say that we’re 80 percent ready,” said Councilor Dave Tumulak, who sits as the overall chairperson of SFI’s executive committee.

Earlier this morning, a send-off Mass was organized for the over 200 members of SFI’s organizing committees at the Social Hall of the Cebu City Hall. It was led by Councilors Tumulak and Margarita Osmeña, the latter who is also a member of SFI’s executive committee.

In their speech after the Mass, Tumulak and Osmeña hoped for a peaceful and orderly Sinulog 2019 Festival./dbs

Read Next
3 cops who left posts during Guihulngan Sempo relieved