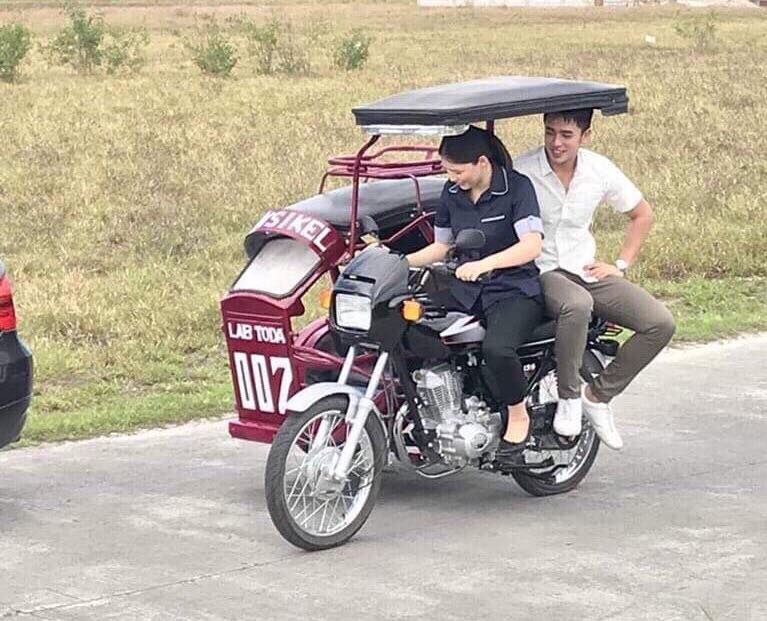 David Licauco and Kylie Padilla filming a scene for the upcoming series “TODA One I Love.” Photo by John Mychal Feraren

“I can say that it has been super fun,” he said.

Licauco’s character will be the third party of Madrid and Padilla. This is his first time working with the two Kapuso stars.

In the series, he plays Kobe Generoso, a rich and well-educated son of the Generoso political family.

“That way, I see Kobe’s character in the series as super complex and interesting that I cannot help but love it,” he told CDN Digital.

The 22-year old actor said that he is also excited how his character will develop in the series.

“From a spoiled guy to falling in love with a girl very opposite from his social status. I will definitely do my very best to live up to what he is supposed to be,” he added.

For him to prepare his character, Licauco has to do a lot of script readings when he is at the set.

Kobe is also quite similar to his character Rael in his 2019 movie, “Because I Love You” under Regal Films.

“So when I visited my acting coach  Miss Anne Villegas, we studied how Rael was and how I can maybe improve it. I just hope that people will learn a lot from it and they enjoy it as much as we enjoy filming it,” he said.

“TODA One I Love” is Licauco’s third television series in GMA Network after he signed with GMA Artist Center in 2016.

His previous shows in GMA were  “Kapag Nahati Ang Puso” and “Mulawin Vs. Ravena” in 2018.

“TODA One I Love” will air in February. Directed by Jeffrey Hidalgo, the upcoming series is produced by GMA News and Public Affairs.