Garma: Police to go after distributors of party drugs in Sinulog parties 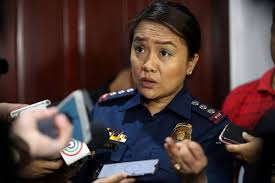 CEBU CITY, Philippines – Personnel of the Drug Enforcement Unit (DEU) of the Cebu City Police Office (CCPO)  will continue to intensify their anti-drug operations this week to especially deter the proliferation of party drugs in gatherings scheduled during the Sinulog festival on Sunday.

Sr. Supt. Royina Garma, CCPO director, said she did not include DEU personnel coming from the different police stations in the Sinulog security deployment because she wanted them to focus on their main responsibility which is the conduct of anti-drug operations.

“Yung mga DEU (personnel) namin sa mga police stations, I did not deploy them for the security sa Sinulog. I directed them to conduct and intensify illegal drug operations,” she added.

Garma admitted having received information on the possible distribution of party drugs in different Cebu City bars and other establishments this week.

“For now, meron kaming mga info but it’s just a mere information. Iba kasing klase yung party drugs. It’s just a strip ng papel. Maalala nyo the other month may nakuha? That is for December the supply” she said.

Garma admitted that it is a big challenge for the police to detect the distribution of party drugs and its suppliers because of difficulty in their monitoring.

But while police go after drug suppliers, Garma is also urging the parents to monitor the activities of their children to discourage them to using illegall drugs.

In most cases, people use party drugs to re-energize themselves and because of peer pressure.

“So you have to develop a child. (Teach) your children, daughter or son, how to resist these mga temptations,” she said. /dcb