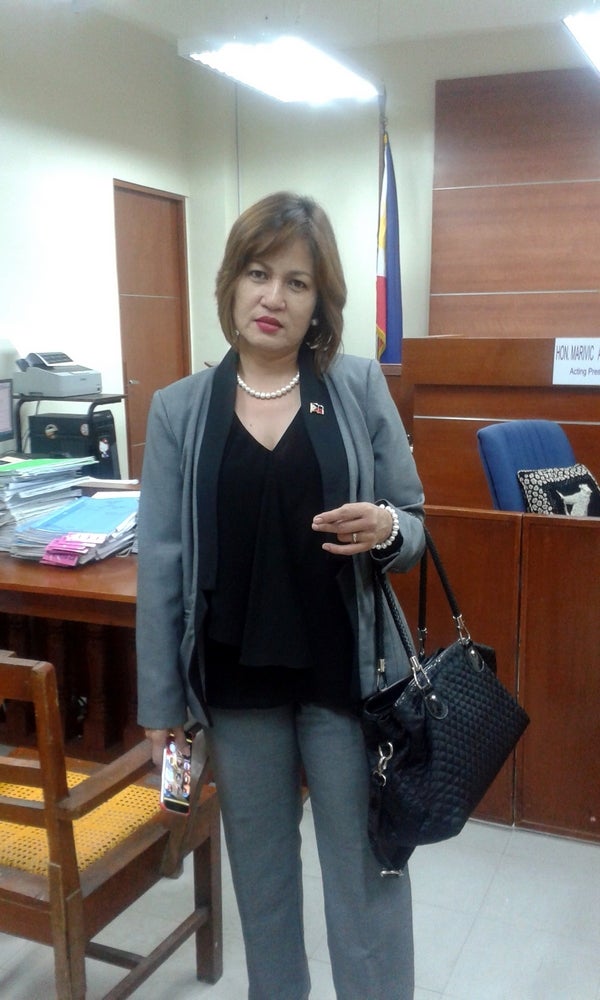 This is the question that the police in Cebu City are now scrambling to find answer to in the wake of her brutal death in the hands of a lone assailant on Thursday night.

Chief Inspecor Eduard Sanchez, the chief of Station 2 (Fuente Police) of the Cebu City Police Office (CCPO), said they were looking at personal grudge and her work as prosecutor as possible motives behind Castro’s killing,

Then there was also the matter of her involvement with a person linked to the illegal drugs trade, as well as the family conflict she was embroiled in, Sanchez added.

Based on witnesses account,  Castro just came from the Ayala Center area and was heading uptown driving a yellow Nissan Juke along Escario Street of Barangay Camputhaw when a person on board a motorcycle come from behind and pumped bullets on the driver’s side of her vehicle.

The incident happened at around 9:55 p.m., January 17, 2019,  when the road was still busy with numerous other vehicles.

Castro reportedly managed to drive for about a  hundred meters before her vehicle swerved to the left, went up the sidewalk and bumped into the galvanized roofing materials that were used to fence a property in the area  before it came to a stop, with its headlights on. 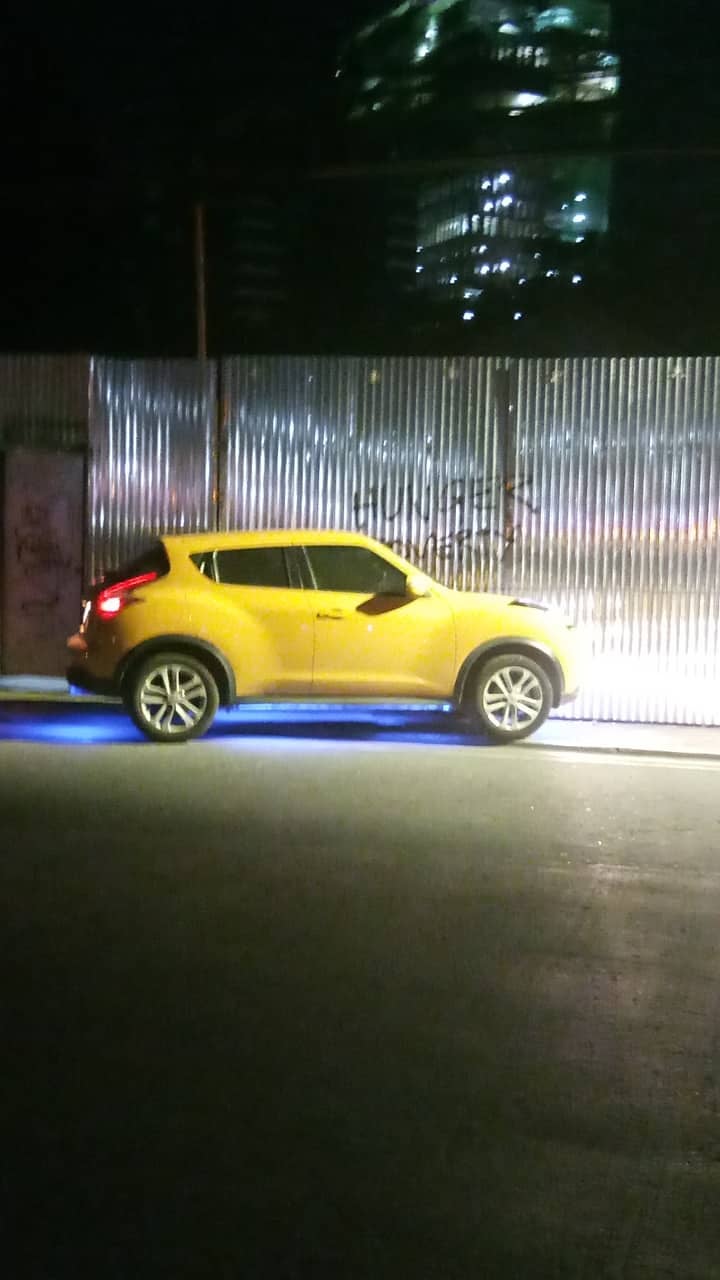 The car of slain former Cebu City prosecutor Mary Ann Castro, with its headlights still on, comes to a stop near a roadside along Escario Street, Cebu City at around 10 p.m. on Thursday, January 17, 2019,  after she was shot and killed by a motorcycle-riding assailant./ Futch Anthony Inso

Henry Chappa, a security guard in an establishment across the crime scene, said the incident happened just as motorists and pedestrians were distracted by a fireworks display going on nearby.

He said he was  watching the fireworks display when he heard rapid bursts of gunfire.

After the gunshots, he said he saw the vehicle driven by Castro pass in front of him.

Chappa said he then saw a motorist driving another motorcycle yelling to other motorists to clear the road because the driver of the Nissan Juke had been shot.

Sometime around 11 p .m., while personnel from CCPO’s  Scene of the Crime Operatives (Soco) were processing the crime scene, Castro’s relatives started arriving  in the area. But her relatives, who reportedly included her adult son,  all declined to speak to reporters gathered there. 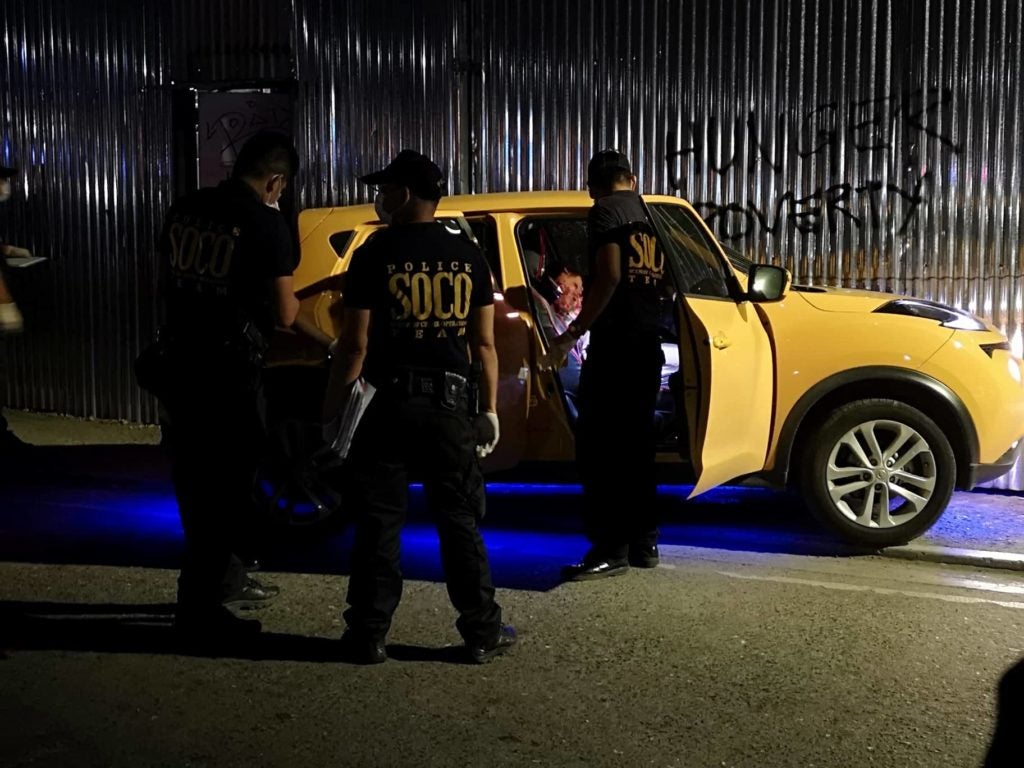 Personnel from the Scene of the Crime Operatives (Soco) surround the car of slain former Cebu City prosecutor Mary Ann Castro at past 12 a.m. on Friday, January 18, 2019, some two hours after she was ambushed and killed by a motorcycle-riding assailant. / CDNDigital photo by Tonee Despojo

By around  midnight, Castro’s body, covered in a white sheet of cloth,  was transferred to a funeral company’s vehicle and was brought to the Cebu Rolling Hills Memorial Chapels in Mandaue City.

Castro, a winsome and fiesty prosecutor,  was reportedly assigned in Masbate province at the time of her death. Before that, she had been embroiled in a number of controversies while a prosecutor of Cebu City and later of Talisay City, also in Cebu.

She had been preventively suspended three times, the last of which was in January 2018, a 90-day suspension meted by the Department of Justice,  after she was involved in a legal battle with her then estranged husband Greco Sanchez (no relations to the police officer) and the latter’s sister, former Cebu Provincial Board Member Grecilda “Gigi” Sanchez-Zaballero,  the scions of the late Cebu Vice Governor Gregorio Sanchez.

During this time, Castro was legally battling with the Sanchez siblings over whether or not her Muslim marriage to Greco was valid.

Read more No show for Castro in adverse claims case

Earlier in 2016, she was suspended for six months by the Supreme Court for filed forum shopping when she filed two separate petitions for the annulment of first marriage to Rocky Rommel Roa in two different courts.

She also got entangled with the Cebu police who sued her and whom she countersued after she was accused of storming a police headquarters where the live-in partner of Greco has surrendered following the issuance of an arrest warrant against her in connection with a case filed against her by Castro.

Castro was likewise linked to  illegal drugs and rumored to had been in relationship before with the late SPO1 Adonis Dumpit, who died in an encounter with the National Bureau of Investigation (NBI) in Tagbilaran City in Bohol. /elb