Get to know the Cebuano trashion artist behind  “Pagpupugay” 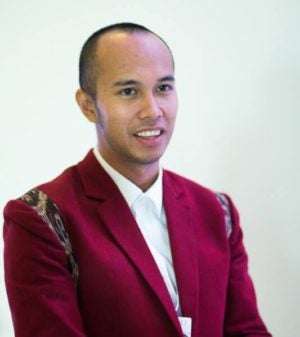 Cebu City, Philippines – Award-winning Cebuano trashion artist Francis Sollano is the man behind the creation of the “Pagpupugay” Sculpture and Memorial at Camp Bagong Diwa in Taguig City.

“It feels humbling to know that what I am contributing is minimal of value to the lives that the SAF 44 themselves sacrificed,” he said.

The 31-year-old Sollano, who is known to turn trash to wearable art, was asked by curator Celso Advincula Jr. to design “Pagpupugay.” It was commissioned by SAF Director, Police Director Noli G. Taliño. 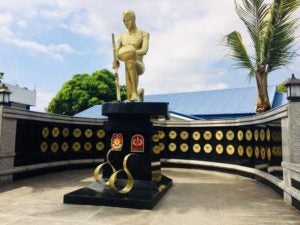 Sollano, from Lahug, Cebu City, has a colorful career.

He was among the awardees in the Cultural Leader of the World Economic Forum in 2016 in Davos, Switzerland together with Bono of U2, Michelle Yeoh, and Kevin Spacey.

He was also the only featured artist in the World Economic Forum on ASEAN (WEF-Association of Southeast Asian Nations) last 2017 in Cambodia. He has had exhibits in London, Paris, and New York.

Sollano shared a one-minute video on his Facebook account on January 28, Monday, explaining the details of the sculpture

Based on the video, the kneeling soldier is made of triangular metal which symbolizes the respect the nation gives to the SAF 44 troopers.

“It is the metal with high value placing high value to the troopers’ sacrifice,” Sollano said in a Facebook message.

The crosshair also lights up, which symbolizes hope and highlights the fallen 44.

There are also two ribbons below the kneeling soldier. In different angles, the ribbons convey different messages which include SAF, F-F (Fourty-Four), and 4-4 (Fourty-Four SAF Personnel).

“Ang ribbon is designed that way kay contemporary take on the “enternity” symbol,” he said.

They chose gold as the color for both human form and ribbons to represent excellence in service to the people.

For him, “Pagpupugay” is relatively difficult since it is an outdoor art and completed in three weeks. /bjo