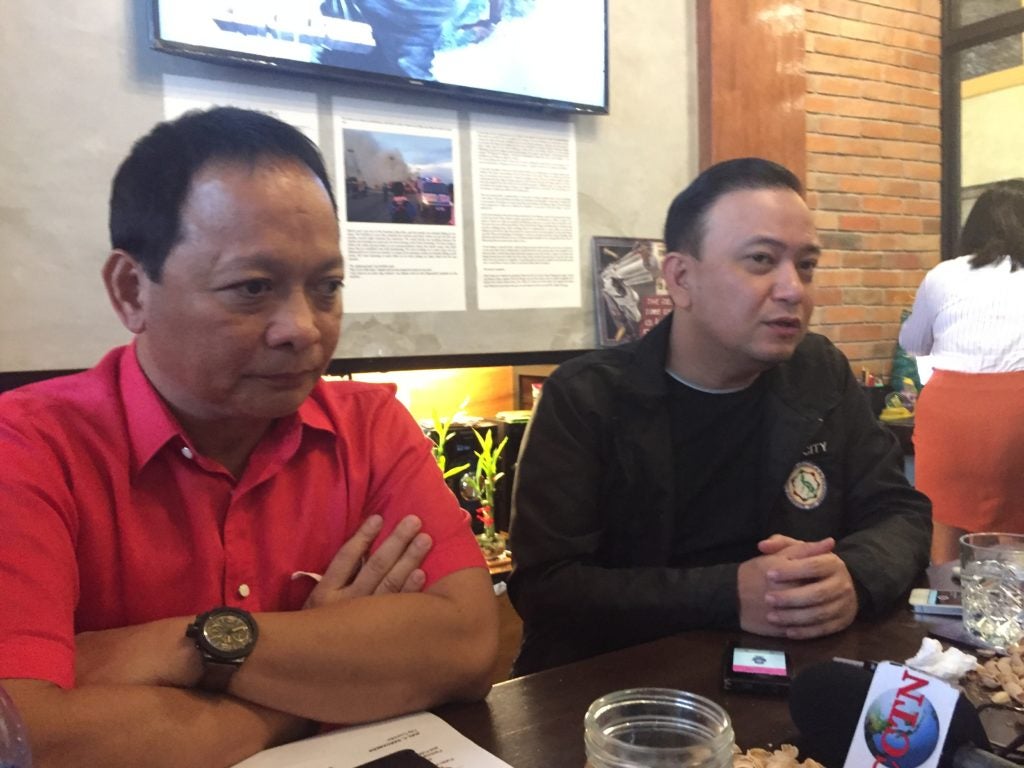 Cebu City Opposition Councilors Joel Garganera (left) and Raymond Garcia are encouraging the public to take advantage of the Passport on Wheels in malls during the Kapihan press conference at the Cebu City Hall on February 1, 2019. | Photo by Delta Dyrecka Letigio

CEBU CITY, Philippines — The public are encouraged to take advantage of the monthlong Department of Foreign Affairs’s Passport on Wheels (POW) in malls in Cebu which is expected to serve at least 30,000 new passport applicants and applicants for renewal.

Cebu City Councilor Raymond Garcia made the call since the Passport on Wheels would start on February 4 until February 28 in the designated shopping mall — SM Seaside at the South Road Properties (SRP).

“I urge everyone to avail the Passport on Wheels because this may not happen again anytime soon. Don’t miss this opportunity,” said Garcia during the Kapihan at City Hall on Friday, February 1.

Garcia said the POW would be expected to cater to at least 1200 applicants per day, who have made an appointment through the DFA website.

He said that his office would also be willing to help new applicants for passports who still do not know the process through a prescreening of documents in his office from 8 a.m. to 5 a.m. on weekdays.

He said his office would help the new applicants by making sure they would have prepared all the necessary documents prior to their appearance to the DFA.

Garcia also said that while the POW would be accepting applicants, the DFA regional office would continue to operate and accept applicants as well.

“There is no better time to get your passports but during that time,” said Garcia. |dbs