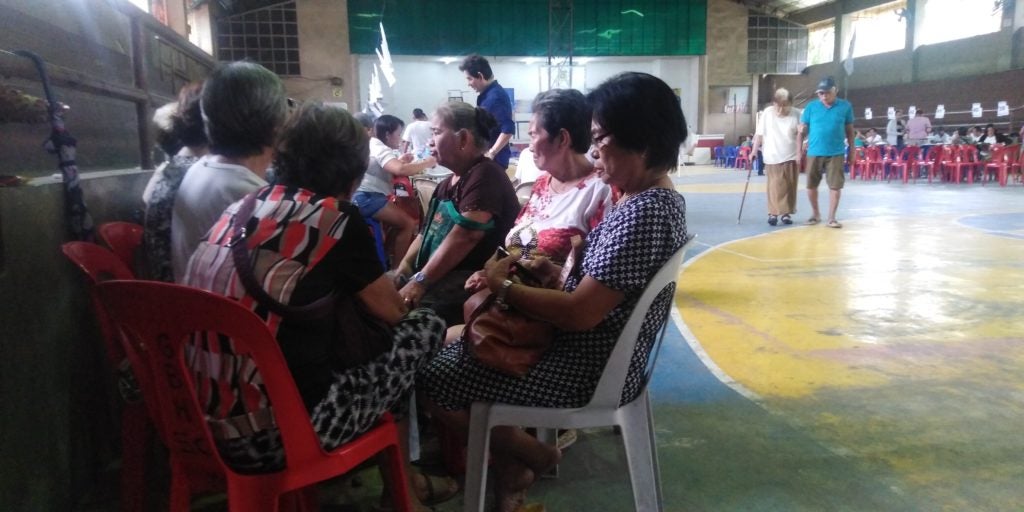 These are some of the elderly beneficiaries of the Cebu City government’s financial assistance to senior citizens. The Barangay Guadalupe beneficiaries received their first tranche of P2,000 assistance at the barangay’s sports center on February 2. | Photo by Delta Dyrecka Letigio

Lourdes Limpangog, acting city director of the Senior Citizen’s Affairs, said that all the 5,000 new senior citizen registrants up to January 25 had received their first tranche of P2,000 financial assistance today, February 2.

“We have no backlogs since January 25. Every senior citizen who registered up to that date has been catered to,” Limpangog told Cebu Daily News Digital in an interview.

Limpangog said that the city government had allotted P12,000 financial aid every year to senior citizens, which would be given in six tranches or P2,000 every 2 months to the city’s registered elderly beneficiaries.

Limpangog said the 5,000 new registrants would increase the number of senior citizens in the city from 70,000 last year to 75,000 this year.

She said that Barangay Guadalupe, which is one of the most populated barangay in the city with an estimated population of 62,00, had also the biggest number of senior citizen beneficiaries with 5,050.

Limpangog also said that she was satisfied with the distribution of the financial assistance in Barangay Luz with 85 percent of the beneficiaries claiming their P2,000 aid.

Aside from that, she said that the city government was also able to deliver the P2,000 assistance to 4,000 senior citizens, who were incapable of claiming their benefits at the barangay halls.

She said that barangays were designated to deliver the financial aid to the houses of these senior citizens for convenience.

Limpangog also encouraged senior citizens to register for the financial assistance and to declare if they were incapable of claiming the financial aid at the designated areas.

“We will deliver (the financial aid) to your doorstep,” she said./dbs