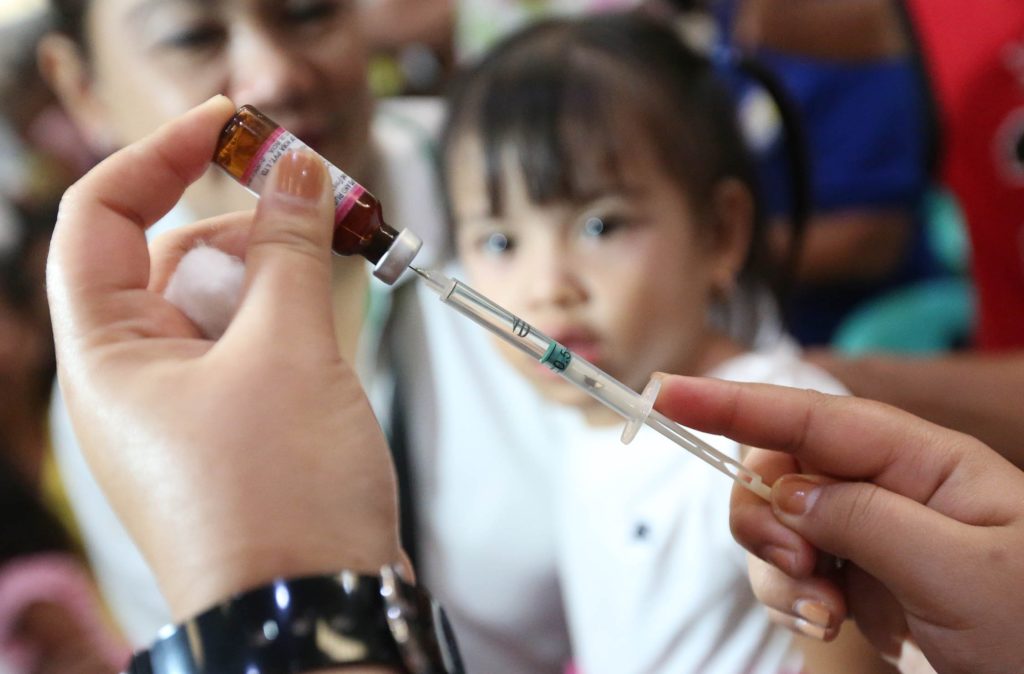 The City Health Department has noted an increase in parents availing of anti-measles vaccinations in Cebu City. | Inquirer file photo

CEBU CITY, Philippines — The announcement of the rise in measles cases in Cebu City has prompted parents to avail of the free vaccination for this disease.

Dr. Alma Corpin said that many parents had become scared of availing of free measles, mumps, rubella, and varicella (MMRV) vaccination program since the dengvaxia scare in 2017 when the national government suspended the dengue vaccination program due to reports that the vaccine would allegedly cause severe dengue among those prior exposure to dengue.

Corpin said the MMRV vaccination program only topped 50 percent of the total population in Cebu City.

In 2018, the vaccinations also reached only 60 percent at the height of the dengvaxia scare which Corpin attributes to the rapid rise of measles cases on the same year which reached 28 cases in Cebu City.

Prior to the dengvaxia scare, Corpin said that Cebu City was able to reach 90 percent of the total population for the MMRV vaccination.

Corpin said that many parents became scared of the dengvaxia and were hesitant to vaccinate their children even for MMRV for fear of the same effects.

However, due to the announcement of the measles outbreak on Thursday, February 25, Corpin said he was glad to announce that some parents had already availed of the free MMRV vaccination.

To intensify the information drive for measles vaccination, Corpin instructed the city health centers to reach out to the households to bring the vaccines to them.

She suggested that by 6 months old, babies should have already completed the first shot of the vaccine program.

Another shot should be administered at 9 months old and the last shot by 12 months old.

This is the optimum time to protect infants from measles especially since infants are the most vulnerable to the illness.

Corpin assured the public that the vaccine shots are free for everyone 15 years old and below.

The Department of Health declared an outbreak in Central Visayas on Thursday stating with 96 cases recorded for January 2019 alone.

Read Next
Cebu is ready for revival of Cebuano films