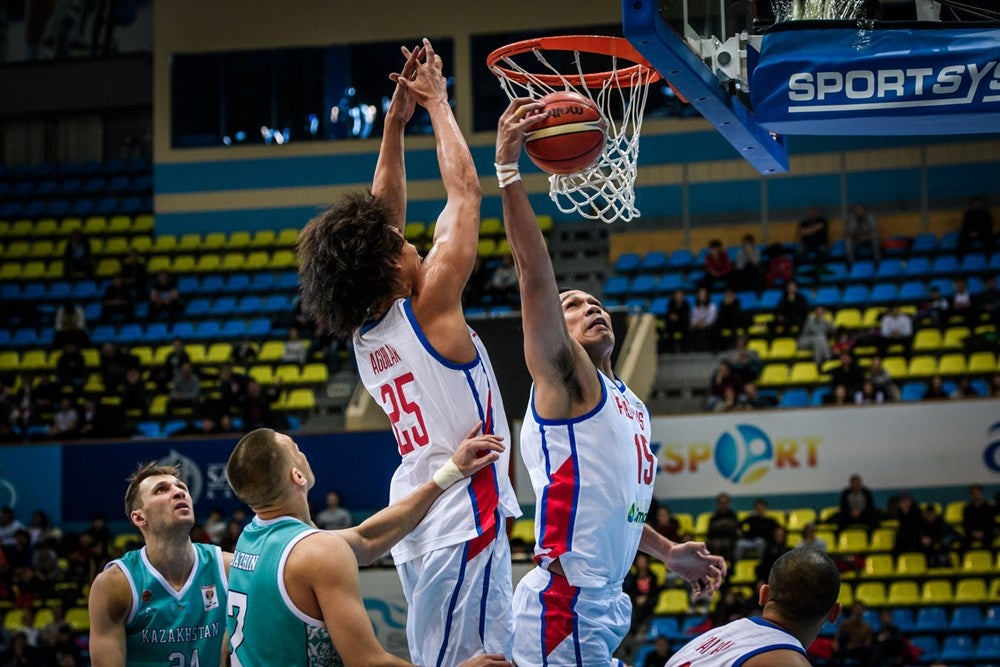 Cebuano June Mar Fajardo grabs a rebound in the Gilas Pilipinas’ game against Kazakhstan in the Asian Qualifiers for the World Cup. photo from FIBA.com

Cebu City, Philippines — Andray Blatche was undoubtedly the key player in the Gilas Pilipinas’ 93-75 demolition of Kazakhstan in the Asian qualifiers for the World Cup last Sunday.

The naturalized player completed an effort to remember, scoring 41 points in leading the Philippines back to the global stage of basketball.

But the former NBA player also got the needed help from the local side, particularly from Cebuano big man June Mar Fajardo.

In fact, Blatche was all praises for the PBA’s five-time Most Valuable Player from Pinamungajan town, southwestern Cebu.

“June Mar was really the game changer for us,” Blatche said in a report from Inquirer.net. “We knew what was at stake for us, either we win or go home.”

The former University of Cebu (UC) star  was reported to be nursing flu-like symptoms since last week but he managed to step up when  Blatche picked up his fourth foul with 3:45 left in the third quarter.

The 6-foot-10 Cebuano finished with nine points, seven rebounds and 1 assist in 12 minutes of action.

Read: Pogoy to aspiring Cebuano cagers: Never give up on your dreams

The win allowed the Philippines to finish fourth in Group F and with a superior 7-5 (win-loss) record compared to Lebanon, the No. 4 team in Group E with a 6-6 card.

This will mark the second straight edition that the Philippines will be playing in the World Cup after 2014 in Spain, where it won its first classification match in 40 years, an 81-79 overtime victory over Senegal. /bmjo

Read Next
P178M worth of shabu and marijuana confiscated in 2018