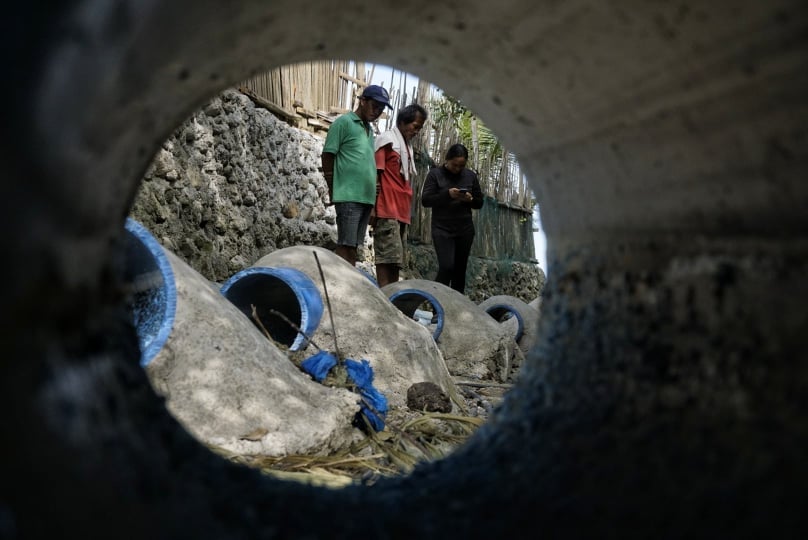 Employees of a piggery farm in Barangay Sangat, San Fernando town in Cebu check the wastewater pipes that were cut off by authorities as it was allegedly used to dispose wastewater into sea. CDN Digital photo | Tonee Despojo

Cebu City, Philippines — The owners and operators of a piggery in San Fernando town are now facing formal charges before the Cebu Provincial Prosecutor’s Office.

The Environmental Crime Division of the National Bureau of Investigation (NBI) in Metro Manila lodged complaints against four owners and operators of Multifarms Agroindustrial Development Corporation on Wednesday morning, February 27, 2019, for violating the Philippine Fisheries Code and Philippine Cleanwater Act.

All four are detained in the headquarters of NBI in Central Visayas.

Lawyer Czar Eric Noqui, chief of NBI’s Environmental Crime Division, said the suspects may be able to post bail since the complaints filed against them are likely bailable.

Noqui said violators of the Philippine Clean Water Act may face a penalty of at least P10,000 per day of imprisonment that can last up to five years.

On the other hand, those who will be proven to have committed violations against the Philippine Fisheries Code may be punished by imprisonment of six months and one (1) day to six years, and be fined from P500,000 to P5 million.

Meanwhile, Noqui said they are still conducting follow-up operations for other individuals who may be held accountable for the violations of the piggery. /bmjo