LOOK: Hagnaya Barangay Captain Macario Capuyan turned over to the Carmen police on Friday, March 1, an electric push drill that is used to manufacture guns.

A picture of the turnover of the electric push drill was posted on the Facebook page of the Pulisya Carmen CPPO on Friday afternoon. 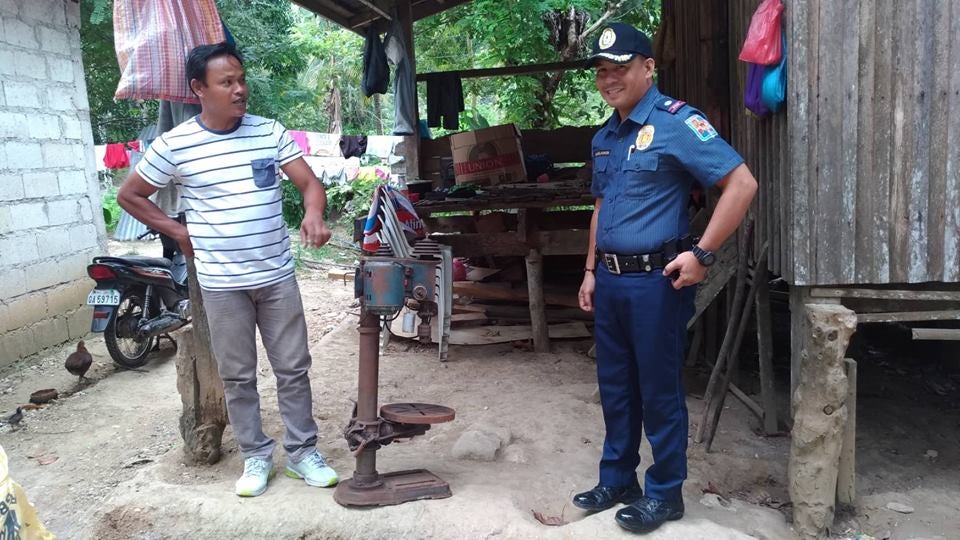