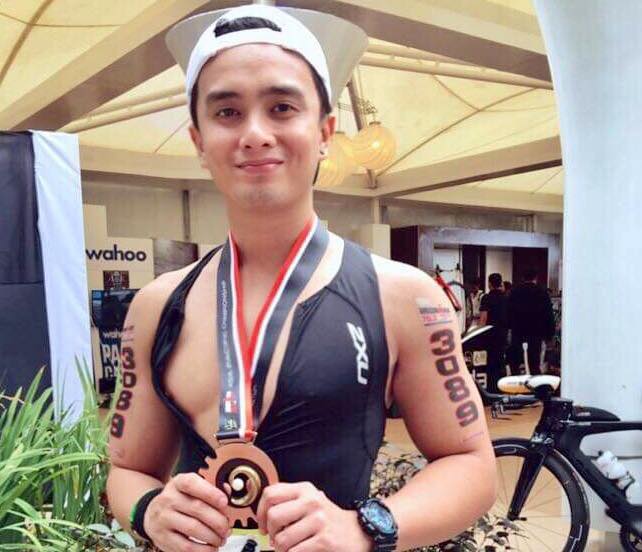 CEBU CITY, Philippines — A Cebuano marathoner accepted the challenge to represent Cebu in an upcoming national pageant Mr. Fahrenheit staged by the LGBT community in the Philippines.

Kevin Ponce Garcia will be Cebu’s pride for Mr. Fahrenheit 2019 that will be held on March 23 at F Club in Quezon City.

“My decision to participate was realized by the support of Cebuanos, friends and family members, and inspiration to follow the footsteps of people like Atty. Regal who empowers people in our rainbow community,” Garcia tells Cebu Daily News Digital on Sunday, March 3, 2019.

Garcia was referring to Lawyer Regal Oliva, the treasurer of Mandaue City and the newly elected president of the Integrated Bar of the Philippines (IBP) Cebu City chapter, Â who has been a proud member of the LGBTQI (lesbians, gays, bisexuals, transgender, queer, intersex) community and a Gender and Development (GAD) advocate.

Mr. Fahrenheit 2019 will be the first major pageant for Garcia, a gay man who “prefers to keep my masculine form type of gay.”

According to the pageant’s official page, Mr. Fahrenheit is a pageant exclusive for gay men and bisexuals, which started in 2003.

In 2016, Cebu bet Jesse Regin Nacilla made it to Top 10 of the national competition.

He has been active in marathon since 2010.

The 28-year old marathoner has been working out every night as part of his preparation.Â He is also maintaining his diet to keep his athletic form ready for the finals.

As he joins this national pageant, he wants to highlight his advocacy for mental health awareness.

“In our current workplace set up, people who suffer from Â psychological (issues) are Â given limited access to professional counseling and guidance,” he says.

For Garcia, the low performance in the workplace is not only caused by issues related to knowledge, skill and attitude but also by a psychological crisis.

He stresses that if the advocacy to give people free and easy access to mental health care gets wide public support, it means that the Filipino people are taking a step forward in addressing this modern day concern./elb