Tagle to Catholics: Help feed children from poorest communities across the country 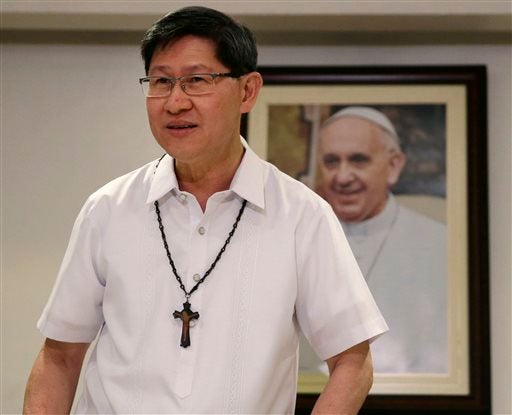 As Catholics enter the 40-day solemn and religious observance of the Lenten season that serves as a reminder of Jesus Christ’s compassion and sacrifices, Church leaders encourage everyone to participate in small acts of charity.

“We, Filipinos, have a deep relationship with our faith. The season of Lent is another opportunity for us to re-center our lives by helping those who are most in need,” said Cardinal Luis Antonio Tagle, Archbishop of Manila.

One of the charitable activities that the Church has been promoting, especially during this time of the year, is the Hapag-Asa Integrated Nutrition program. Hapag-Asa has actively partnered with the Church to reduce hunger and malnutrition among more than two million Filipino children through regular feeding programs in the poorest and remotest places in the country.

Poverty is one of the main causes leading to three out of 10 Filipino children currently stunting (low height for age) or wasting (severe weight loss). These conditions have long-term effects on children’s physical and mental development, and render them susceptible to communicable diseases.

To be able to continue their mission to reach and help these children, Hapag-Asa is appealing to churchgoers who practice fasting during the season to donate the funds they are able to save from fasting to what it calls FAST2FEED. Under the FAST2FEED initiative, as little as P10 a day can feed a child Manna pack-based meal.

Manna pack is a rice meal formula fortified with proteins, Vitamin A, B, C, D, and calcium which is mixed with vegetables and commonly used for nutrition feeding programs.

“Feeding hungry children can start with our little sacrifice. Imagine how our Php 10 can go towards nutritious meals that may spell a difference for their future,” said Hapag-Asa Program Director Florinda Lacanlalay.

Hapag-asa feeding programs are supplemented by skills and livelihood training for parents and values education sessions for both parents and children. Hapag-Asa also helps communities, especially mothers, to form self-help groups to establish a strong support system within the community capable of organizing their own initiatives to get them out of poverty.

Visit hapagasafeeding.com to know more about Hapag-Asa and donate to the program. You may also deposit directly to the program by using Hapag-Asa or FAST2FEED envelopes to be distributed during the Ash Wednesday Mass in churches throughout the country. /dcb