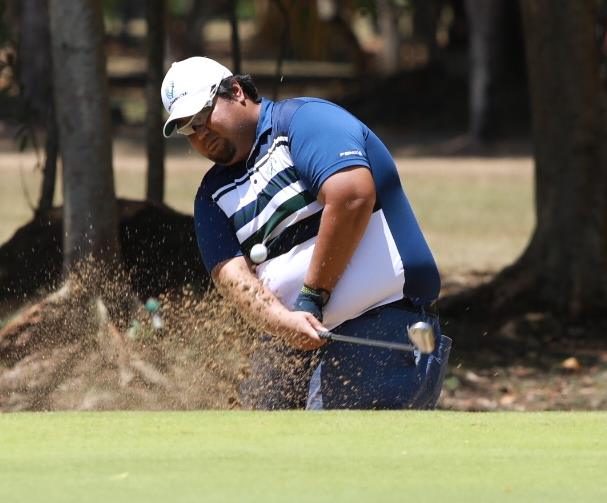 Cebu City, Philippines  — The Cebu Country Club got a big game from big guy Bayani Garcia, who fired in 36 points to keep the hometown favorites in front of the overall race in the 72nd Philippine Airlines Interclub at the Mactan Island Golf Course on Friday, March 8, 2019.

The Founders Division campaigners collected a third round score of 131 over at the tight and bouncy layout near the international airport, as they bring a 376 tally into the final round on Saturday at the place they call home — the Cebu Country Club course.

“We prepared so hard to win the Founders,” said playing captain Marko Sarmiento, who will play in the final round, said. “We never expected for any of this (leading the overall race) to be happening. But now that we’re here, we’ll definitely go for it (overall championship).”

Should Cebu CC keep its momentum, this will be just the second time in the long and rich history of the country’s unofficial team championship that this feat will be pulled off. The last time this happened was when Aguinaldo pulled out the feat 30 years ago, ironically, also here in Cebu.

Southwoods matched Cebu CC’s 131 after getting 36 points from Sean Ramos, 33 from Masaichi Otake and 32 and 30 points, respectively, from Aidric Chan and Jae Hyung-jhun. The Carmona-based squad, seeking to duplicate Canlubang’s five-peat in the 1990s, threw away the 28 of the veteran Jun Jun Plana.

Luisita made a move and grabbed second spot in the Championship Division, eight points behind Southwoods, after shooting a day-best 132 built around the 35 of Luis Guerrero and the 34 of Josef Bucay. Jhondee Quibol and Elee Bisera scored 32 and 31 for the Luisitans.

Del Monte was another four points behind after a 117, even as surprise first round second placer Tagaytay Highlands continued to slow down with a week-worst 104 to be at 337 and 35 points off the Championship Division pace.

Orchard stayed in second in the Founders after a 122, 23 points behind Cebu CC. Orchard is 13 points ahead of the third-placed Forest Hills squad and could wind up winning the bracket if Cebu goes on to rule the overall division. /bmjo