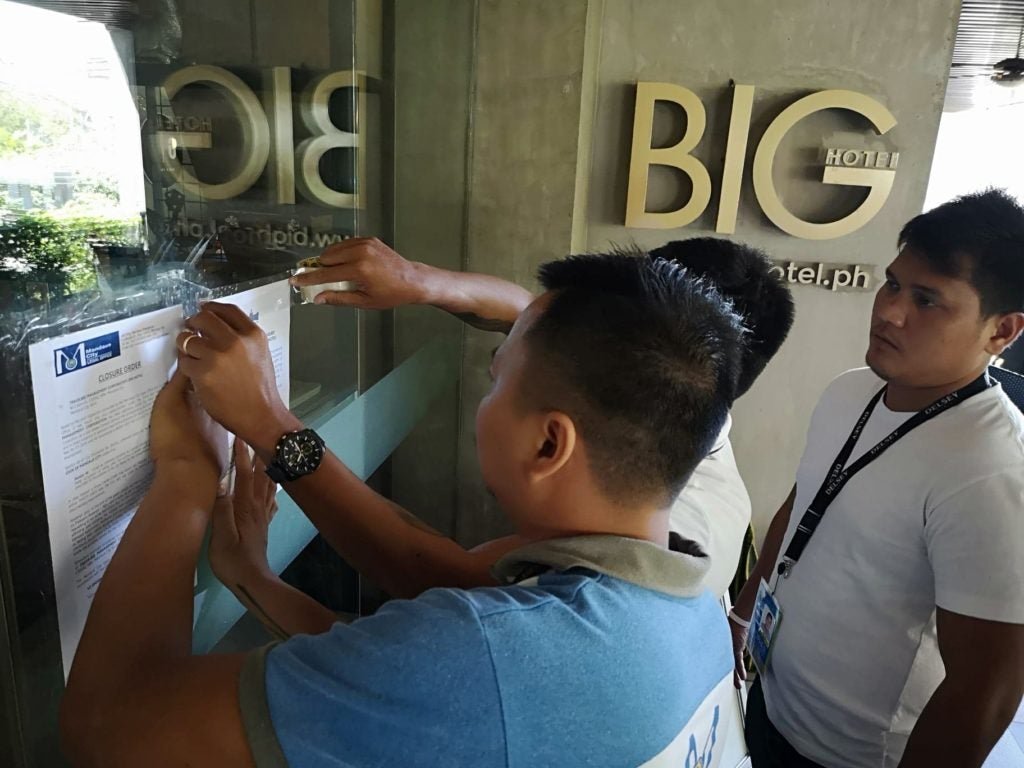 CEBU CITY, Philippines — The management of Big Hotel has decided to close down its operation in three months time instead of negotiating a fresh land lease deal with the city government of Mandaue, citing a daily revenue loss of P3 million since the city issued a closure order against the hotel.

Roderick Ngo, the president of Cenore Corp. that owns the hotel, said in a letter to Mandaue City Mayor Gabriel Luis Quisumbing that the company’s board of directors “has nothing to put on the table for discussion regarding the new lease terms that the city of Mandaue has demanded.”

“After yesterday’s (March 7) board meeting, Cenore has decided instead that it will direct the hotel’s management operator Travelbee Management Corp. to close the operations of Big Hotel effective three months from today,” Ngo said in the letter dated March 8.

Ngo explained that they needed the three months leeway to comply with the pertinent requirements of the Department of Labor and Employment (DOLE), such as  the one-month notice required under the Labor Code for the retrenchment of about 300 affected workers; and arrange and settle financial obligations of the hotel not only to its workers but to its suppliers and to its debtors, among others.

“This is not an easy decision for the business of Cenore. But on the business sense, Cenore believes that the bleeding from Travelbee’s hotel operations of Big Hotel has to be stopped, taking into account the cancellations of hotel bookings, programs and events and recorded daily loss of P3,000,000 caused by the Notice of Closure and the news about the hotel closure,” Ngo said in the same letter.

The city government served the closure order against Big Hotel and Big Hotel Suites on February 27. The order stemmed from an alleged irregularity in the terms of the lease agreement on the 1.4-hectare city-owned lot where the hotels stand, which were entered into during the previous administration of then mayor Jonas Cortes, now representative of the sixth district of Cebu.

Subleasing a leased property from the city is allowed under Section 8 of the lease agreement. However, Lawyer Mae Elaine Bathan, the mayor’s executive secretary, said that there should have been an authority from the city government first before the property was subleased.

The City later recalled the closure order against Big Hotel Suites, which adjoins Big Hotel, as they found that the hotel is subleasing the space from another entity ,which has a valid lease contract with the government.

“However, it also makes business sense that the Big Hotel Suites , which sits on a different lot owned by the City of Mandaue and a different lot Lessee, will continue to operate and do business as the renewal of business permit should be in order now,” Ngo added.

Despite deciding to close down Big Hotel, Ngo maintained that its lease contract involving the city-owned lot is valid and legal.

“It is both legally binding and morally upright that Cenore will defend this matter when the day comes that this will rest in the appropriate forum,” he added.

The COA report noted that the entities violated the provision of the lease agreement when KHI assigned its leasing rights to Cenore Corp. without the prior written approval of the city council.

Assigning the lease contract on the property from the city is allowed under Section 8 of the lease agreement. But not in this case, said Bathan because KHI, represented by its president Elbert Paragoso, has no authority from the city government when it signed the deed of assignment in favor of Cenore Corp. first in March 2013 and later in June of the same year.

Bathan cited a provision in the Assignment of Rights; Sublease; Prohibitions section of the lease agreement between the city goverment and KHI, which said,“The lessee may, upon prior approval of the lessor, assign and convey its right to lease in favor of any affiliate or subsidiary.” /elb

Read Next
Drug dealer caught with P30M shabu in Duljo