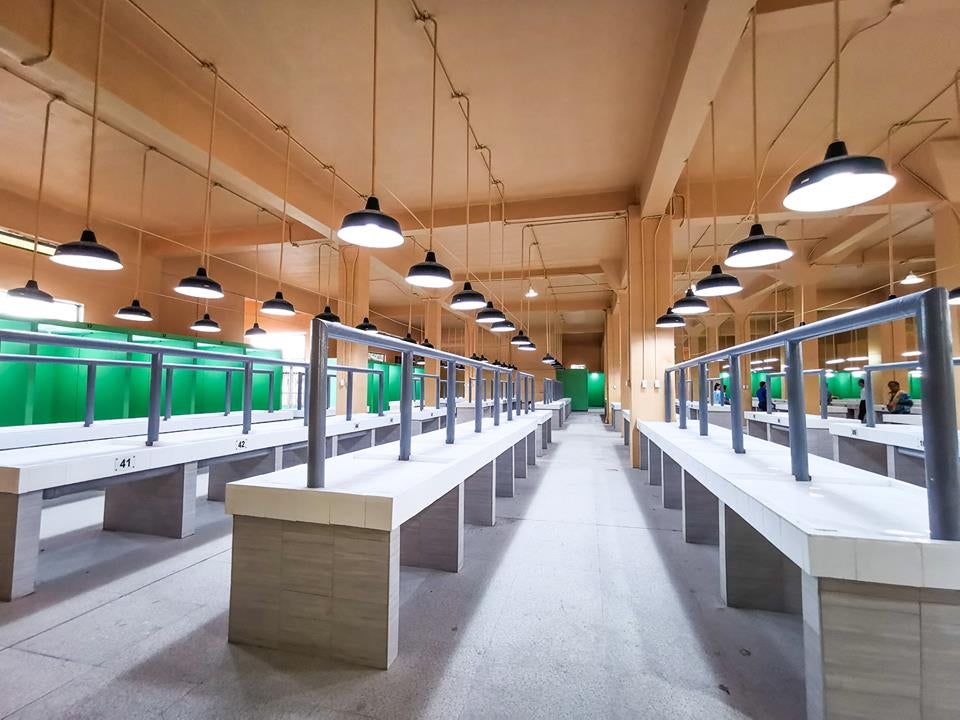 Mayor Paz Radaza made the announcement on her Facebook page on Tuesday night.

“Rest assured, we are working very hard to give you a comfortable, convenient and clean city market,” said Radaza’s post.

The 50-year-old market was badly damaged by the 7.3 magnitude earthquake which hit the neighboring provinces of Cebu and Bohol in October 2013.

“Right then, I instructed our City Engineering Office to check the condition of the city market. We hired one of the best Structural Engineers in Cebu to check its condition, who (in turn) recommended to retrofit the city market, which appeared to be the fastest solution compared to demolition thereof and building a new one,” said Radaza’s FB post.

Radaza said it took them three years to finalize the plan and convince vendors to temporarily vacate the area to ensure their safety while retrofitting works were ongoing.

Phase I of the project,  which covered the meat, fish and vegetables sections located at the two-storey building’s ground floor, was finally awarded to the winning contractor on December 2017.

“For a year and 3 months, we have fast tracked the improvement of the ground level of the Phase 1 including the newly constructed stalls to be occupied by the meat, fish and vegetables section,” the mayor said.

Phase II of the project, which covered the improvement of the rest of the public market’s structure, was also awarded to the winning contractor in the middle part of 2018.

“Upon monitoring, given the complete amenities and facilities, the ground level of the Phase 1 is about to be opened soon. We just need to check and finalize the area before opening it to the public,” Radaza added.