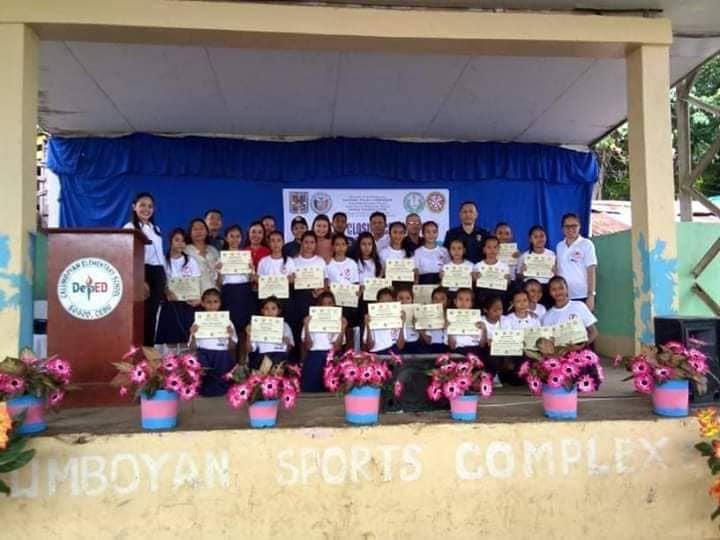 DARE graduates from the Calumboyan Elementary School in Sogod, Cebu./Photo from the CPPO FB page

The program was implemented in partnership with the Department of Education (DepEd) and elementary school officials, said a press release from the Cebu Provincial Police Office (CPPO) that was posted on its Facebook page past 10 a.m. today, March 20.

“DARE is a project that aims to educate the pupils on (the dangers of) illegal drugs (use). This is particularly directed to influence Grades 5 and 6 pupils,” said the CPPO FB post.

The program taught participating pupils how to “Say No” to illegal drugs use.

“DARE is a nationwide campaign of the PNP that helps guide and educate the children using a technique and curriculum that will prevent the young ones to fall prey to the drug menace,” said the CPPO post.

Lectures and other activities were made enjoyable for the children with the participation of their parents.

The Sogod Municipal Police Station under the leadership of Police Inspector Harley Silay was the first municipal police station in Central Visayas to implement the program starting on February 16.

Hour-long sessions with the participating children were held every Saturday with the help of teachers from the Calumboyan Elementary School.

A graduation ceremony was held on Tuesday morning for children who completed the program, after which, the graduates were treated to a boodle fight.