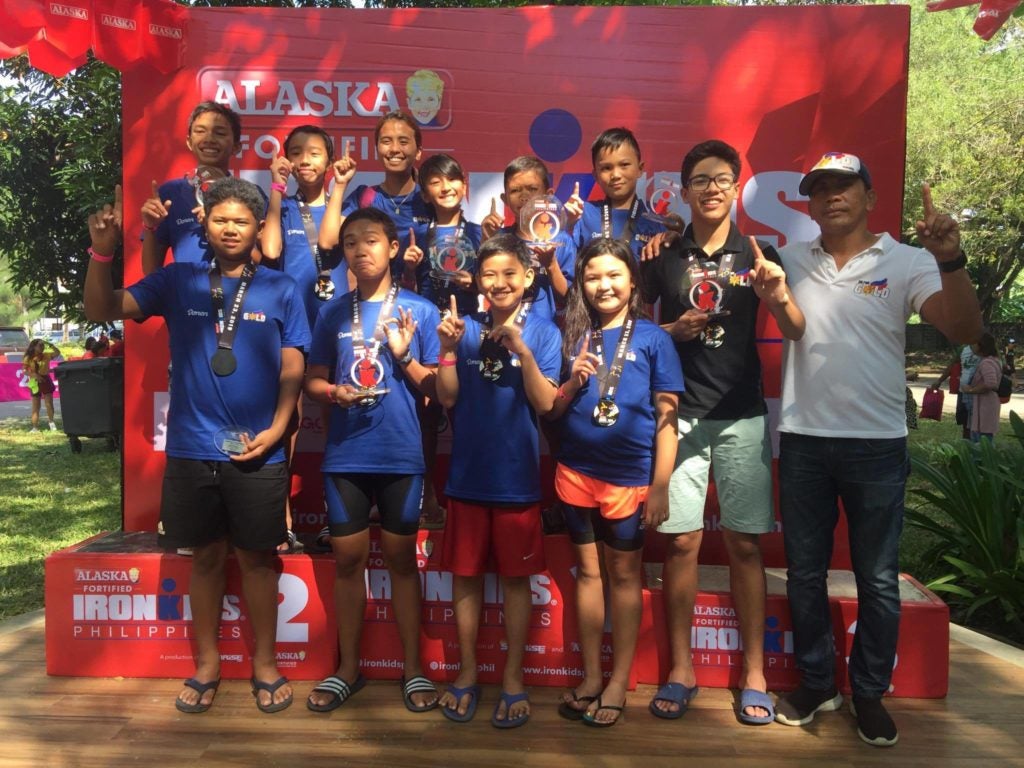 Athletes of the TLTG Go for Gold with their trophies and finishers’ medals after the awarding ceremonies. With them are coaches Roland “Andoy” Remolino (white shirt) and Mary Joana Remolino (third from left, upper row). |Photo by Mars G. Alison

Three of the four titles were bagged by members of the Talisay Luigi Triathlon Group (TLTG) Go for Gold while accounting for the other one is an athlete of the Cebu City Rider Omega Triathlon Team.

Sweeping the titles in the 13-14 categories were Earol Belonguil of TLTG Go for Gold and Marielle Estreba of Cebu City Rider Omega Triathlon team.

Belonguil ruled the boys division with his time of 15 minutes and 29 seconds while Estreba dominated the girls division after crossing the finish line with a time of 17:20. 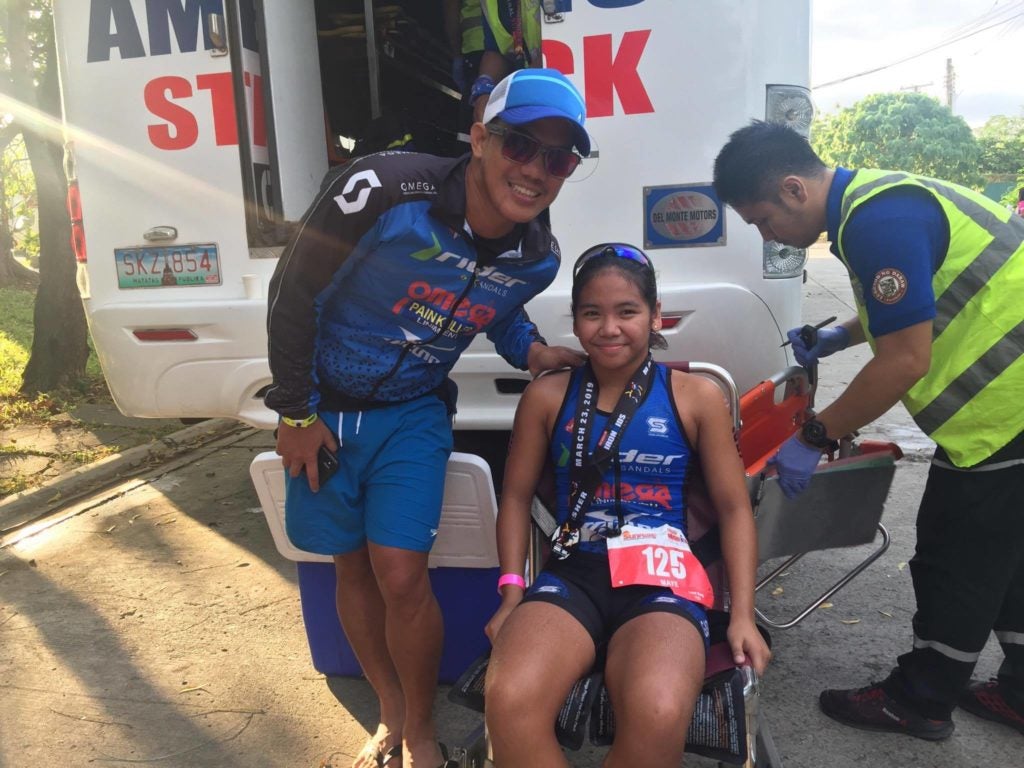 The Cebuanos actually had a 1-2 finish in the boys and girls division of the 13-14 category with Matthew Justine Hermosa and Jeanna Mariel Cañete placing second in their respective categories. Both are also members of the TLTG Go for Gold.

It was a neck and neck fight with Hermosa coming in just a second behind Belonguil at 15:30 while Cañete was just four seconds behind Estreba with her time of 17:24.

TLTG Go for Gold also swept the titles in the 6-8 category. Kenshie Luke Cabando pocketed the boys title with his time of 7:57 while Christy Ann Perez breasted the tape at 7:26 for the girls title.

Another TLTG Go for Gold athlete, Brent Edgar Diesmo finished third in the boys 6-8 with his time of 8:25.

TLTG Go for Gold head coach Roland “Andoy” Remolino said he was expecting the results to be that way.

(“Actually, we were expecting to win in the categories where we competed — in the higher categories the 13-14 and the lower categories the 6-8. However, in the middle categories, we don’t have as many entries or athletes participating there,” said Remolino.)/dbs