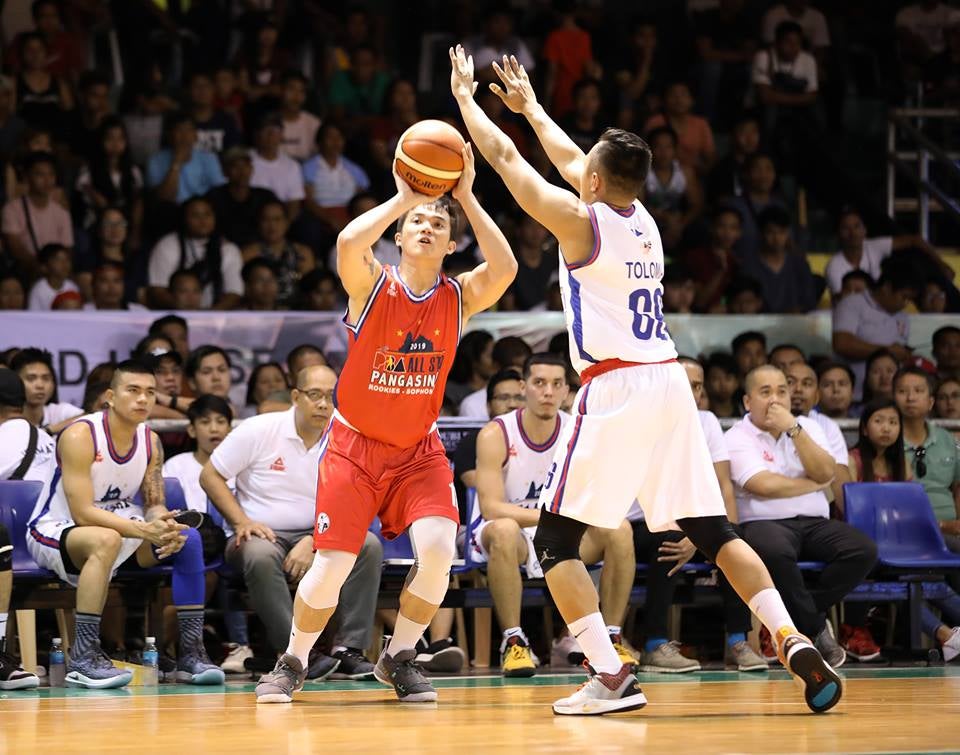 Cebu City, Philippines — Blackwater rookie Paul Desiderio is just trying to live in the moment as he goes about his first year as a bona fide PBA player.

The Liloan native recently competed for the Rookies/Sophomores team and helped his squad beat the Juniors squad, 141-140, during the PBA All Star Weekend last Friday, March 29, 2019 at the Calasiao Sports Complex in Pangasinan.

The University of the Philippines Fighting Maroons legend said he just took the weekend in stride, no matter how hectic it got.

“I just enjoyed the moment. Hindi ko naman masyado inoverthink,” said Desiderio, the fourth overall pick of the 2018 PBA Draft. (I didn’t overthink that much.)

The 6-foot-1 wingman added that he got to appreciate the talent of his fellow youngsters after seeing them all up close over the weekend.

(As a rookie, I just don’t appreciate the older players but also my fellow rookies. It’s a great feeling to be with them.) /bmjo