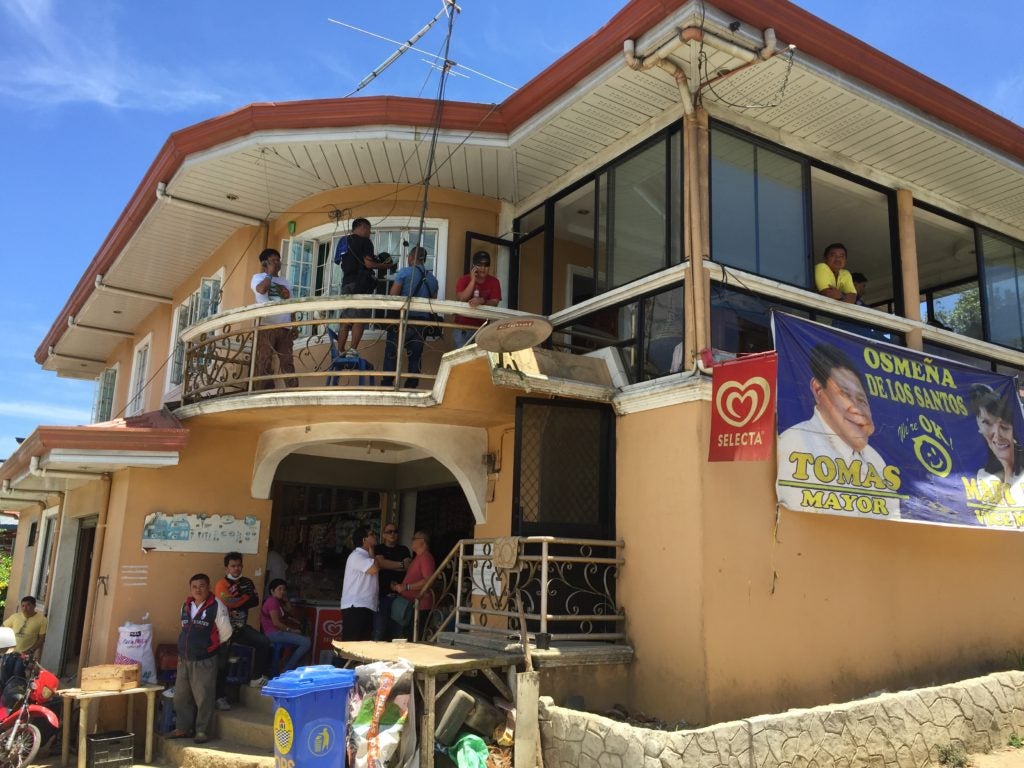 The house of Sudlon II Barangay Captain Prescillo Albores was peppered with bullets at around 1:15 a.m. on Thursday, April 4. | Delta Dyrecka Letigio

CEBU CITY, Philippines — Cebu City Mayor Tomas Osmeña has placed a P100,000 reward money for those who could help provide a quick solution to the case of the strafing of the houses of two mountain barangay chiefs on the dawn of Thursday, April 4.

Osmeña said that aside from the 10-day deadline that he was giving the Cebu City Police Office (CCPO) to find the perpetrators of the strafing incidents, he would also provide reward money to catch those responsible for the attack on the homes of Barangay Sudlon Chief Prescillo Albores and Barangay Sinsin Chief Aurelio Laspoña.

“Number one, I will accuse the police of being clearly behind it (if they could not solve it). (If) They want to save themselves, I’ll put a P100,000 reward to solve this case,” he said.

He cited the reason for his belief if the police could not solve the case.

“Because if they cannot find the suspects, then it means that the police are the suspects themselves,” said Osmeña.

Police Colonel Royina Garma, in an earlier interview with CDN Digital, said that Mayor Osmeña’s move to put a deadline on the solution of the strafing cases was a childish way of solving something.

Meanwhile, the Barangay captains of Sudlon II and Sinsin in Cebu City said they feared for their lives following the strafing of their homes.

Sudlon II Barangay Captain Albores said that with the attack he feared for his life and that of his family.

Albores’ house was strafed at around 1:15 a.m. on Thursday, April 4, which left bullet holes and broke the glass window of his living room.

He said that he had not received any threats from anyone and did not have any personal conflicts with anybody as well.

He also said that the shooters rode a motorcycle because a barangay tanod saw the incident.

Albores said he was inclined to believe that the reason for the strafing was political as he was a member of the Bando Osmeña-Pundok Kauswagan (BO-PK) especially since the house of Barangay Sinsin chief, who is also a BO-PK member, was also strafed  at about the same time as his house was shot at.

“Kulba oi, hadlok. Siempre kay wala baya ta kahibaw unsa ila gusto. (I am fearful, of course, because we do not know what they want),” said Albores.

Sinsin Barangay Captain Laspoña said that around 1:20 in the morning, merely five minutes after the shooting in Sudlon II, he heard a series of shots outside his home.

Initially, he thought it was a simple commotion or a burst tire. Later on, he saw a white van pass by a few minutes after the shot.

It was on the morning that Laspoña saw the broken jalousie windows. He also found a slug outside his house.

Ascuña said he believed that the strafing was also politically motivated because he doesn’t have a political rival.

Both Albores and Laspoña said they were grateful of the promise of Mayor Tomas Osmeña, who is the head of the BO-PK, that he would provide additional security to the mountain barangays.

Franklyn Ong, Association of Barangay Councils (ABC) Cebu City president,  said that he was concerned of the safety of the barangay chiefs.

“I really pray that Senior Superintendent (Police Colonel) Royina Garma can find the perpetrators and the root cause of the crime,” said Ong.

Ong also encouraged the director of the Cebu City Police Office (CCPO) to create a task force to look into the strafing of barangay chiefs in the city./dbs

Read Next
Osmeña: President Duterte will hear about the police being used for politics