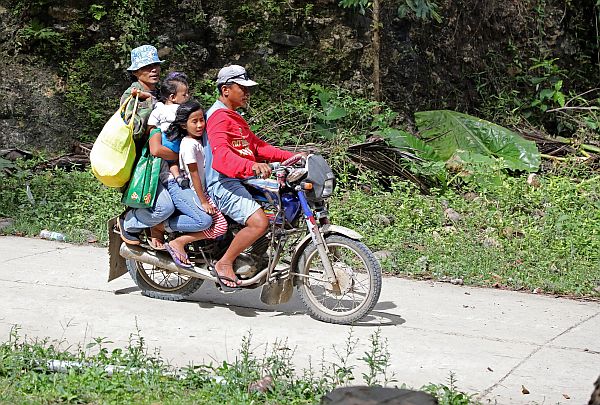 Habal-habal is being used as the primary transportation in mountain barangays in Cebu City. | CDN FILE PHOTO

CEBU CITY, Philippines — Land Transportation Franchising and Regulatory Board in Central Visayas (LTFRB-7) said that it was wise for Cebu City Mayor Tomas Osmeña to file a motion for intervention to the Supreme Court (SC) on its issuance of a temporary restraining order (TRO) against motorcycle-for-hire (habal-habal) operations in 2018.

LTFRB-7 Director, Eduardo Montealto Jr., told CDN Digital that the Cebu City mayor is on the right track in seeking for more local regulations for the habal-habal.

In his motion for intervention, Osmeña said the LGUs (local government units) “are the best agency to regulate the operations for habal-habal.”

“The grant of autonomy is intended to break the monopoly of the national government over the affairs of the local governments. It relieves the central government of the burden of managing local affairs and enables it to concentrate on national concerns,” said Osmeña in the petition.

However, Montealto reiterated that for the time being the LGU could not regulate the habal-habal as the law remained unamended.

He also reiterated once more that two-wheeled vehicles could not be used as passenger vehicles since most vehicular accidents involved motorcycles, the same reason that the Supreme Court issued the restraining order.

“We cannot compromise the safety of our riding public for this is the paramount considerations,” said Montealto in a text message.

Should the Cebu City mayor seek more autonomy for the local government unit  (LGU) on the regulation of the habal-habal, and this autonomy had been recognized by the state by amending the current laws, Montealto said, that the LGU would have the main role in regulating the motorcycles-for-hire.

“Of course, the good Mayor is right and recognizes limitation of power asking guidelines for the LGU to regulate because this needs an amendment to existing law. If there is an amendment favoring the Mayor”s request then that would rule,” said Montealto.

However, without any amendment to the law, the power remains with the LTFRB to regulate any form of mass or public transport.

In the motion for intervention, Osmeña also stated that habal-habal would be an efficient and convenient means of transport for people to get through the city’s heavy traffic.

However, Montealto said that the solution to traffic congestion is to discipline the motorists on the streets.

Last April 4, Mayor Tomas Osmeña, who represented the city government, a group of habal habal drivers, and BPO workers, filed the petition to the SC in the grounds that habal habal is a necessary means of transport for the mountain barangays in the city.

In his petition, he also said that the TRO on the habal-habal infringes the rights of commuters’ rights to avail of a convenient and accessible means to travel.

On 2018, Mayor Osmeña was authorized by the City Council to to file the petition on behalf of the city and the riding public./dbs