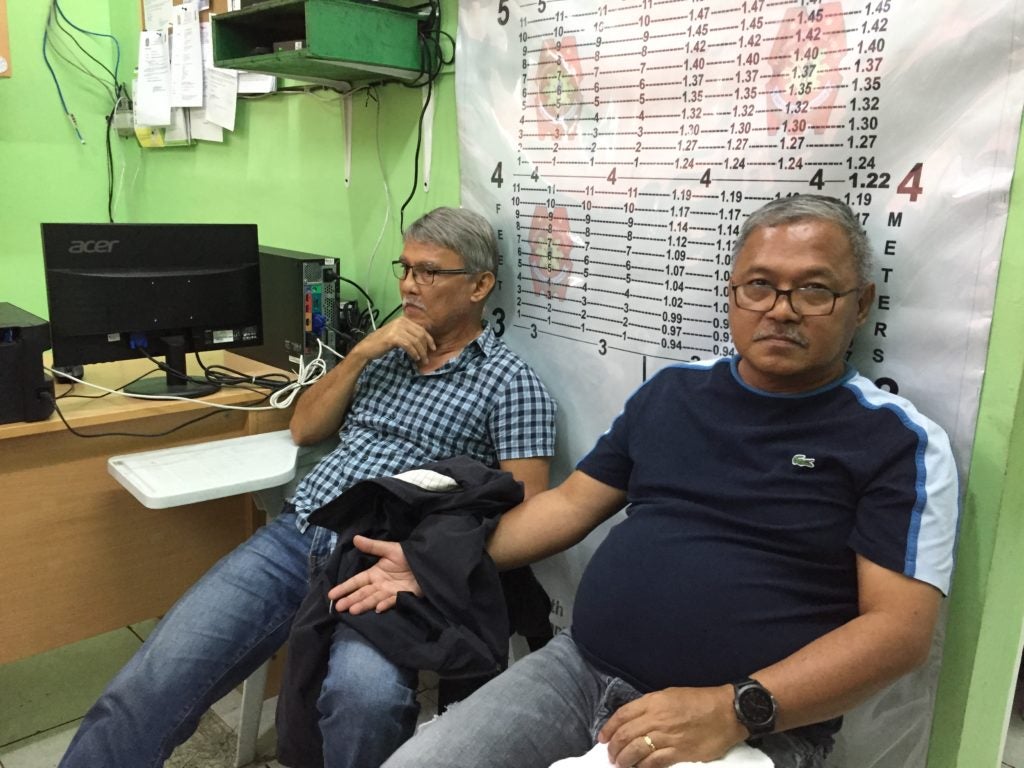 San Francisco Mayor Aly Arquillano (left) and Vice Mayor Al Arquillano (right) will remain under the custody of the Cebu Provincial Police Office until a complaint for the illegal possession of firearms and explosives is filed in court against them. | CDN Digital File Photo

CEBU CITY, Philippines — The camp of the Arquillano brothers have accused the police of “irregularities” in implementing the search on their ancestral home in San Francisco town, Camotes Island on Thursday morning.

Retired Judge Meinrado Paredes alleged that the grenade recovered from the ancestral home of Mayor Aly Arquillano and Vice Mayor Al was planted.

But he could not exactly say yet who may have planted the grenade there.

Paredes also raised a concerned on the alleged threats on their security which the Arquillano brothers experienced during the operation by the Provincial Intelligence Branch (PIB) of the Cebu Police Provincial Office (CPPO).

He said that the two town officials tried to question the implementation of the search warrant but they were told by a policeman, whom they failed to identify, to follow their instructions to “avoid any deaths” during their operation.

Lawyer Edmund Lao, Paredes’ co-counsel, said that armed policemen arrived at the Arquillano ancestral home on Thursday morning and started their search even in the absence of witnesses.

“At around 6 o’clock, there were already armed personnel occupying the premises of the house. All occupants of the house were sent outside while the armed personnel were inside. It was only around 6:50 (a.m.) that those who did the formal search, the witnesses and the one taking photographs of the operation arrived,” Lao said.

“There is an issue on the validity of the occupation and the search sa lugar without the presence of the actual residents and the witnesses. Under the law, kinahanglan gyud na ang presence sa actual residents and in their absence at least two credible witnesses. There will be witnesses that will testify to that effect that before the 7 o’clock nga pag search, naa nay actual occupation sa panimalay,” Lao added.

The PIB search yielded several firearms and a hand grenade from the brothers’ rooms.

Paredes and Lao said they will present witnesses in court to prove their claims of irregularities committed during the search and the planting of evidences against the Arquillano brothers.

Paredes said they will also be filing pleadings to ask the court to allow his clients to post bail and to quash the search warrant used by the police as basis for their April 4 operation once a complaint for the illegal possession of firearms and explosives is filed against them in court on Monday.

Paredes dismissed allegations that the Arquillanos maintain a private armed group and that the firearms confiscated from their ancestral home were used by their “goons.”

“Peaceful man ang San Francisco. Walay complaints against them and walay reports (on the presence) of armed groups (there). These allegations are very unsubstantiated,” Lao said.

Retired Judge Paredes questioned the implementation of the search warrant against the Arquillano brothers which was timed during the campaign period.

Mayor Arquillano has filed his Certificate of Candidacy for vice mayor in the May 2019 midterm polls while Vice Mayor Arquillano is running for Mayor. The brothers are affiliated with Barug Alang sa Kauswagan ug Demokrasya (Bakud) party, the ruling district party in the fifth district. /dcb