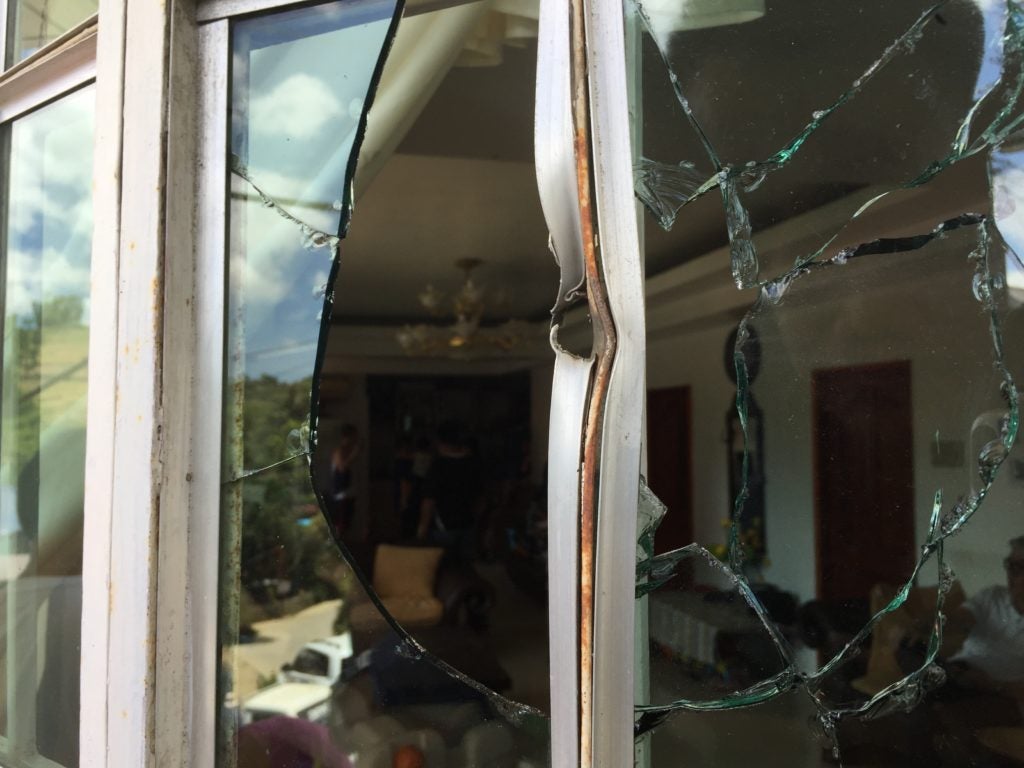 The glass window of the house of Sudlon II Barangay Captain Priscillo Albores was broken after it was peppered with bullets on the dawn of April 4, 2019 in a strafing incident. | Delta Dyrecka Letigio

CEBU CITY, Philippines — The 10-day ultimatum of Cebu City Mayor Tomas Osmeña to the police to solve last week’s strafing incidents on the houses of barangay chiefs in Cebu City’s mountain barangays is a reasonable time to finish the investigation.

Lawyer Marchel Sarno, Cebu City South District chief, told Cebu Daily News Digital said this as he also emphasized that it would be necessary to identify if the attacks against the chiefs of Barangays Malubog, Sudlon II, and Sinsin were politically motivated.

However, Sarno said that there should be no pressure placed on the police while doing the investigation because this may gravely affect the case.

“We need accurate findings. The more we hasten the investigation, the more possibility that the police may get it wrong,” said Sarno.

He said that the public should not jump into conclusions that the “attacks” were politically motivated unless the police had already finished with their investigation.

He also encouraged the public officials to not put so much burden on the investigation because several factors affecting the case might be overlooked by the police if they would be pressured to finish the investigation quickly.

Meanwhile, Sarno said that they would take into consideration the request of some local candidates to raise the Election Watchlist Areas (Ewas) status of Cebu City for the upcoming May 13 elections.

“We will take into consideration their recommendation. We will talk about it with the police if there is a necessity to raise the Ewas status of the city,” said Sarno.

Sarno said that a raise of an Ewas status needs the joint effort of the police and the Comelec.

Cebu City is placed under orange Ewas category which means there is presence of armed groups and violence in the area with intense political rivalry./dbs