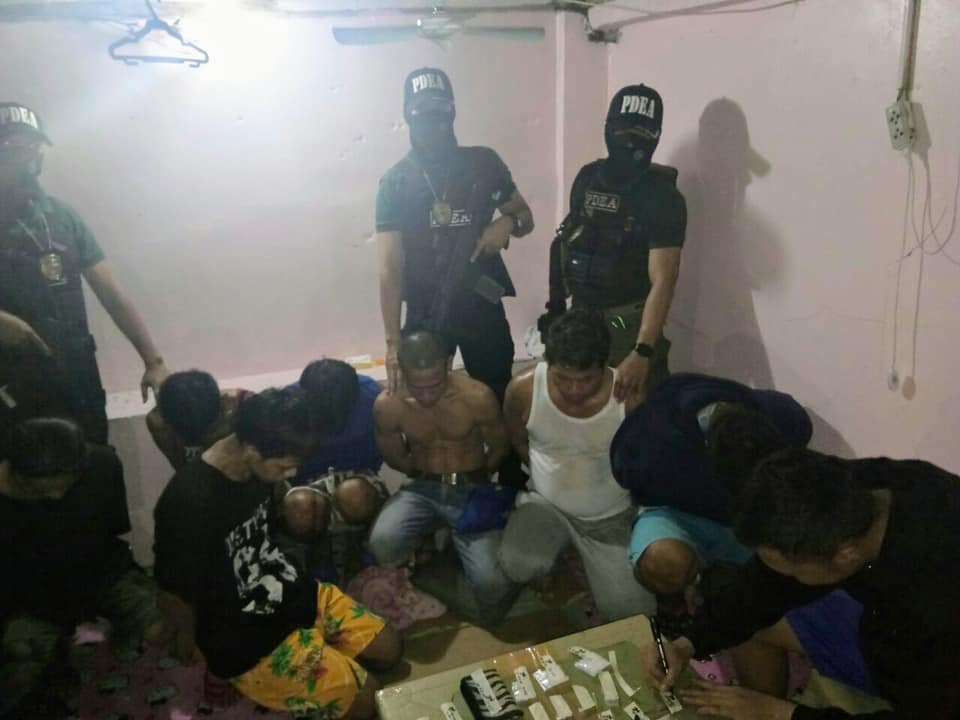 CEBU CITY, Philippines – Seven men were arrested with 10 packs of shabu in a buy-bust operation in a drug den in Barangay San Isidro, Talisay City on Monday afternoon.

Pantonial was caretaker of the drug den while the six others were his patrons, said a report which the Philippine Drug Enforcement Agency in Central Visayas (PDEA-7) posted on its Facebook page on Tuesday morning.

PDEA -7 operatives confiscated 10 packs of suspected shabu weighing at around 13 grams and worth P88,400; several drug paraphernalia; a cellular phone; and the buy-bust money from the suspects possession.

The operation was done in coordination with the Talisay City Police Station and the Regional Mobile Force Battalion in Central Visayas.

The PDEA report said that charges for the illegal possession of drugs and drug paraphernalia are now being prepared against the suspects. /dcb

Read Next
PDEA to intensify inspections in ports, terminals as Holy Week draws near