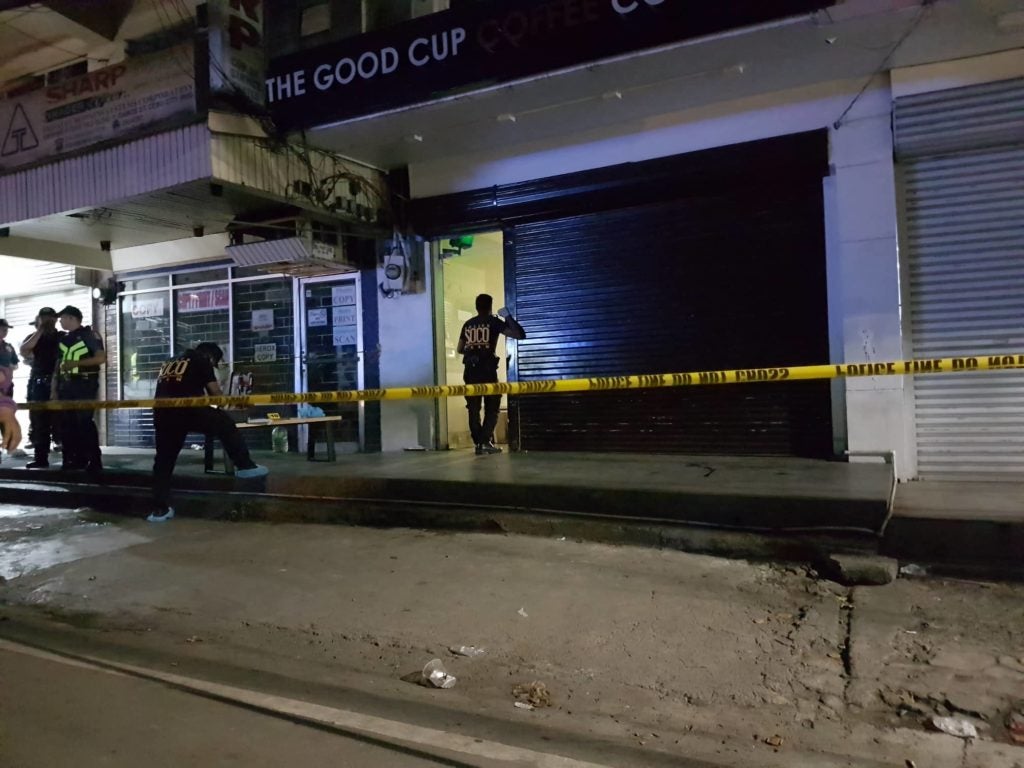 Members of the Scene of the Crime Operatives (Soco) process the coffee shop where two persons were shot dead while two others were wounded at past 11 p.m. on April 10. | Benjie Talisic

CEBU CITY, Philippines — A students’ group of the University of San Jose-Recoletos (USJ-R) has called on the Cebu city government to strengthen efforts in securing the city’s streets following the pre-dawn shooting in a coffee shop on Thursday, April 11.

Student Alliance for Christian and Real Education Under Democracy (Sacred), in its official statement, said the government should maintain streets like F. Ramos Street, which is home to a number of coffee shops and co-working spaces popular among students, as safe grounds for the youth.

“We call on our local city officials to look into ways to improve and tighten the security and safety of their constituents on the streets of Cebu City. F. Ramos Street, in particular, where many students pass by, and where study centers, co-working spaces and coffee shops are located, should be one of the safest streets in the city,” Sacred’s statement read.

The group also denounced the armed attack on the Good Cup Coffee Company on F. Ramos Street on April 10, which claimed the lives of two individuals, John Michael Hermoso and Kis Tryvl Ramos.

Also wounded in the attack were Jerome Amada and Sherwin Rivera, who is a fifth year Computer Engineering student in the university.

Rivera was a former House of Representatives member of the university’s Supreme Student Council and former governor of Sacred./dbs