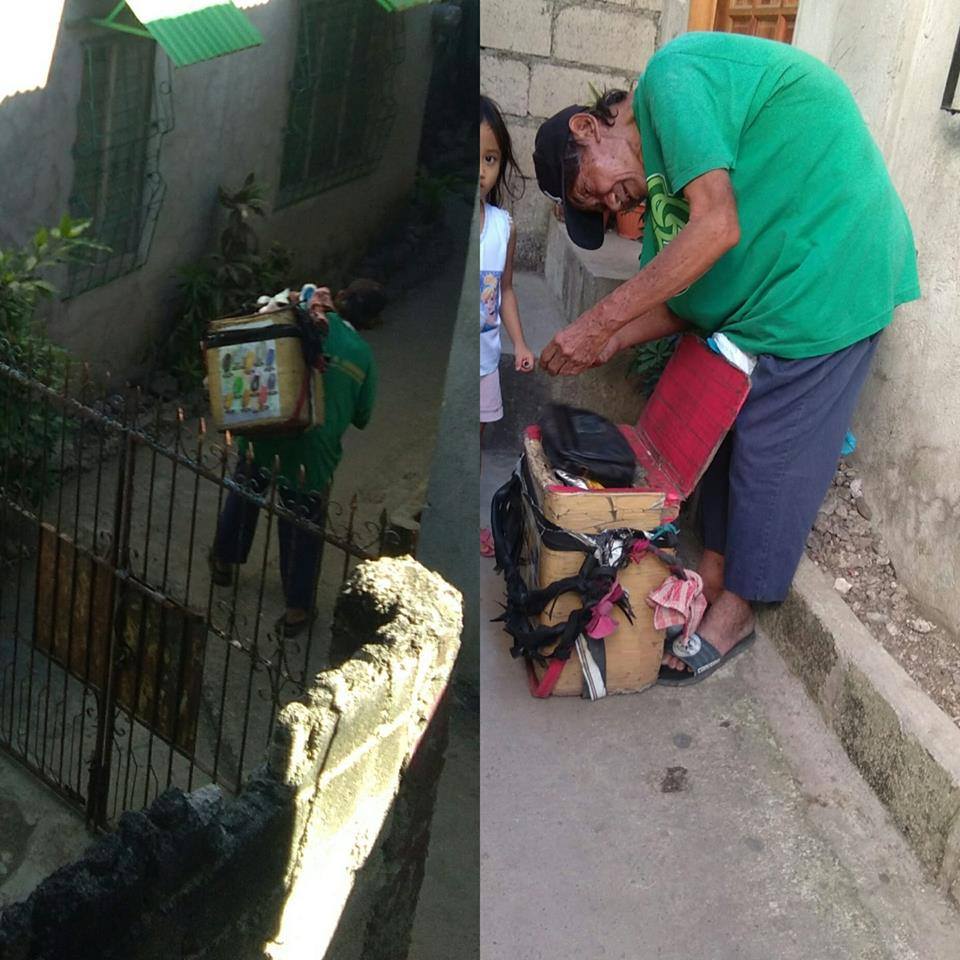 Simeon Tejano Jr. is a familiar face in Barangay Pardo, Cebu City. /Photo from the FB page of Ellane Cabulana

CEBU CITY, Philippines— A 72- year-old ice drop vendor has touched the hearts of netizens because of his display of hard work and perseverance despite his old age.

With an ice drop styro box on his left shoulder, Simeon Tejano Jr. walks from his residence in Barangay Lipata, Minglanilla to Cebu City everyday to sell ice drop and earn cash that he could spend on his meals and other needs.

The old man has become a familiar face in Barangay Pardo, Cebu City. Children would immediately run out of their homes to buy ice drop when they start to hear the ringing of the small bell that he carries with him.

But for Ellane Secretaria Cabulana, she would feel pity every time she would see he fragile-looking Tejano. 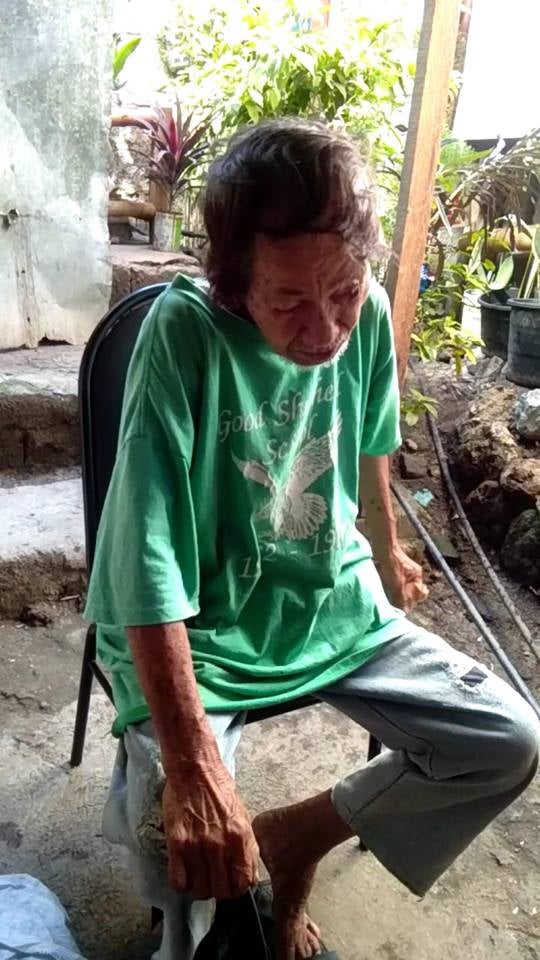 (I feel pity for this old man. He is very hardworking. Every time that I would see him, I could not help but feel pity for him. He continues to carry his ice drop bucket with ice drop inside despite his old age. Someone like him should already be staying at home.)

On April 7, 2019, Cabulana posted photos of Tejano on her Facebook page. Her post solicited 14, 000 post reactions, 27 comments, and 25 shares from netizens who expressed pity for his condition and appreciation for the old man’s hard work.

Grace Cabaluna commented that Tejano has become an important part of her childhood.

(My childhood would not have been complete had it not been for the ice drop that he sells.  I am one of his regular costumers. I would buy his ice drops every time I would get home from school. I would find him standing near our store at the public market or near the main entrance of the public market. Does he continue to sell? He should be resting by now because his body will no longer be able to endure hard labor. He is already old.)

Several others who commented on Ellane Cabulana’s post expressed their willingness to help Tejano.

Cabulana said that she would try her best to get more information on the old man.

On April 12, Friday, Cabulana posted another photo of the ice crop vendor with additional information on his whereabouts. She said that Tejano lives on his own in Barangay Lipata, Minglanilla because he never got the opportunity to marry and have kids.

Gee Yan shared that she too bought a pinipig from Tejano who told her that he was barely earning anything for the day because people appear to be hiding in their homes to avoid the extreme heat.

She said that she gave the old man a P100 bill and told him to keep the change, but Tejano refused. The old man instead gave her five pinipigs worth P20 each. /dcb

Read Next
German chases passenger who threw trash out of van