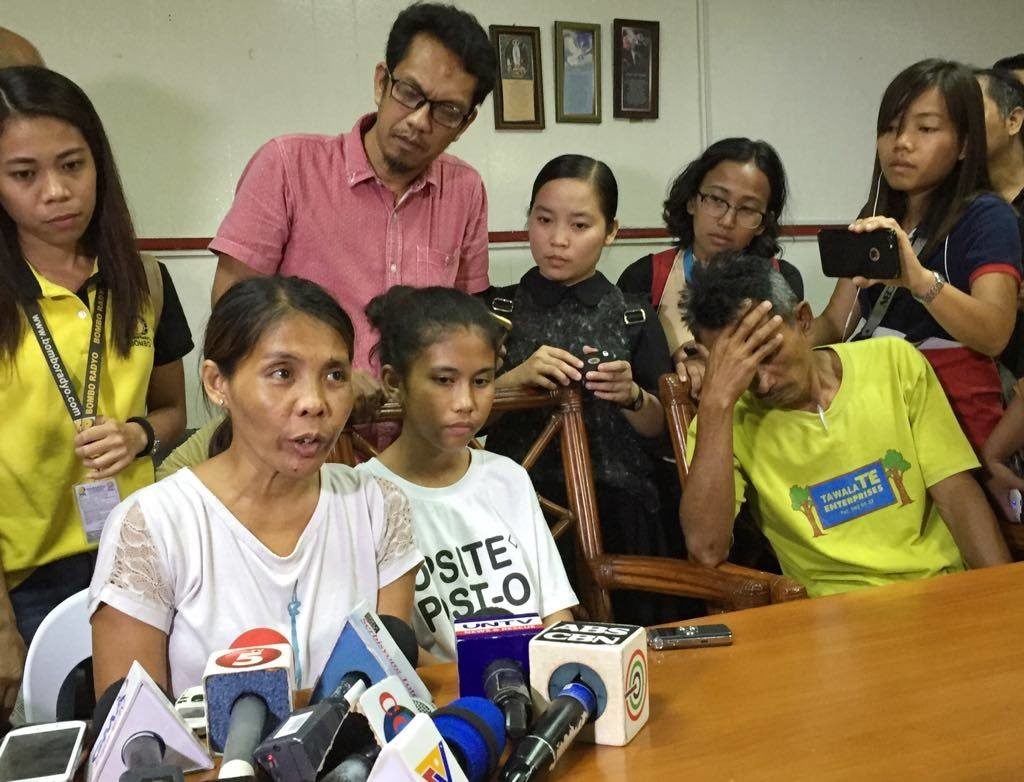 Lourdes Silawan, mother of murdered Christine Lee, answers questions from the media at the National Bureau of investigation in Central Visayas (NBI-7 ) office where a press conference was held in the evening of Monday, March 18, 2019. |CDND Photo/ Tonee Despojo

LAPU-LAPU CITY, Philippines — Lapu-Lapu City Mayor Paz Radaza will ask the mother of Christine Lee Silawan to reconsider listening to the findings of the police, which implicates only Renato Llenes, the self-confessed killer of the teen church collector.

The murder complaint against Llenes was filed before the Lapu-Lapu City Prosecutor’s Office yesterday, April 16, with only Police Colonel Limuel Obon acting as the complainant.

Lourdes Silawan Pardillo, Christine’s mother, refused to sign the complaint after the police only implicated the 43-year-old Llenes in the case.

Pardillo wanted the 18-year-old former boyfriend of her daughter, who was first arrested by the National Bureau of Investigation (NBI-7), to be included in the case.

But police said they cannot give in to Pardillo’s request because their investigation only led them to Llenes.

Llenes also admitted to killing Christine and made an extrajudicial statement that he did the crime alone.

“I can talk to Lourdes but we cannot force her to listen to the police because we also respect the family’s stand,” Radaza said on Wednesday, April 17.

Radaza said she will try to ask Pardillo to weigh the pieces of evidence laid against the two suspects implicated separately by the Lapu-Lapu City Police Office and the NBI-7.

(We will give them the freedom to believe what they want to believe. We just want them to weigh the situation and the pieces of evidence laid against the suspects.)

Radaza, however, refused to comment if the case filed by the police is stronger than that of the NBI saying that the investigation is out of her line of expertise./ celr