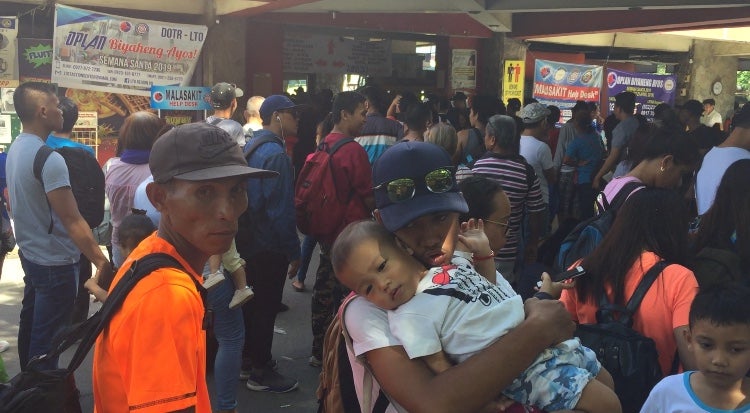 At the Cebu North Bus Terminal (NBT), personnel assigned at the LTO-7 kiosk said a passenger complained that a bus unit was charging more than what was in the fare matrix on Maundy Thursday, April 18, 2019.

The LTO-7 staff, who asked not to be named for lack of authority to speak, said although the complaint was immediately settled, they gave the passenger a complaint form so he can report if the bus would indeed overcharge when they collect the fare en route to their destination. 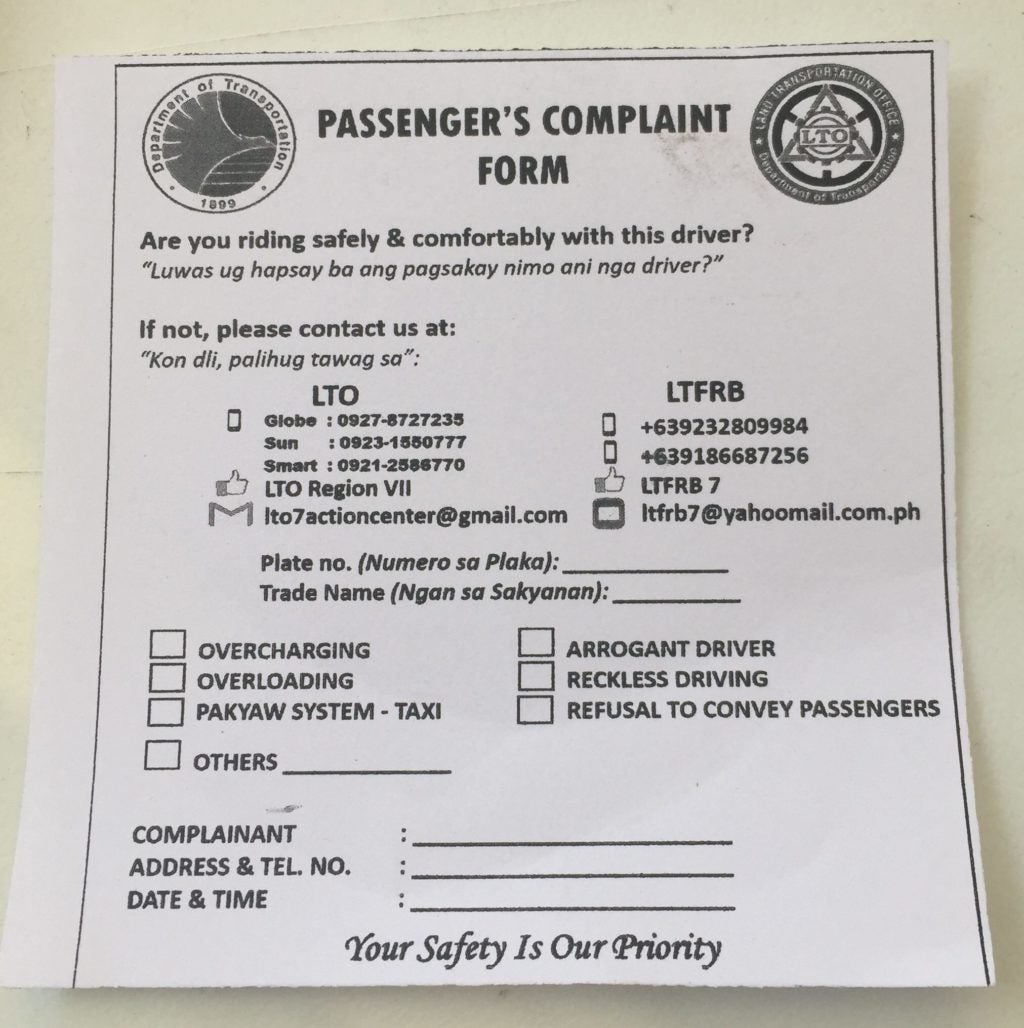 Passengers who encounter erring drivers or bus workers may file a complaint in the LTO-7 kiosks in transport terminals using this complaint form.

“Naa mi mga forms gibilin sa helpdesk para gamiton sa mga complaints. We will use that to summon the drivers and/or operators,” Caindec said in a message reply to CDN Digital.

(We have complaint forms which they can get from our helpdesk at the terminals. We will use that to summon the drivers and/or the operators.)

Passengers can use the forms to report overcharging, overloading, ‘pakyaw’ system,  refusal to convey passengers and reckless driving and arrogant drivers.

The form also contains hotline numbers that the public can use to report erring drivers.

Caindec said they will be forwarding complaints involving the public utility vehicles to the Land Transportation Franchising and Regulatory Board (LTFRB-7) for sanctioning. /bmjo