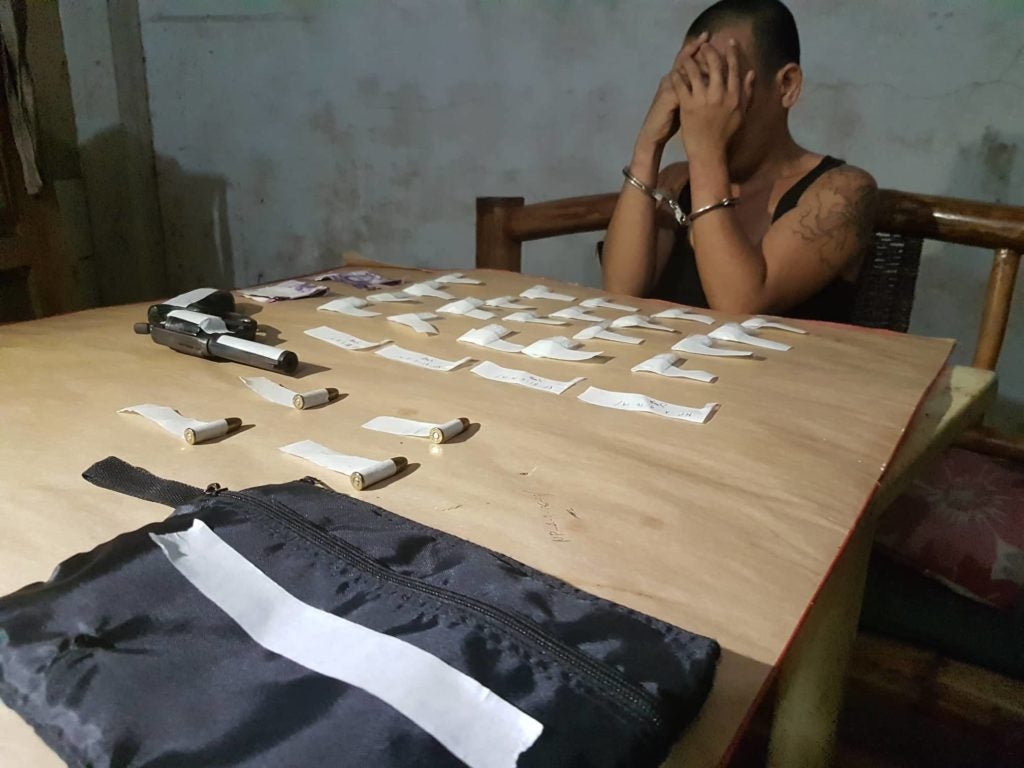 Lexer Macan is arrested after he was caught with P442,000 worth of suspected shabu in Banawa, Barangay Guadalupe on April 18. | Benjie B. Talisic

CEBU CITY, Philippines — Nearly half a million pesos worth of suspected shabu was confiscated in three separate operations in nearly four hours in Barangay Guadalupe in Cebu City on the late night of April 17 and early April 18.

Three persons were also arrested including the alleged supplier of the illegal drugs, said Police Captain Dexter Basirgo, Guadalupe Police Precinct or the Police Precinct 9, in an interview with CDN Digital on April 18.

First to fall was Richard Godoy, 47, of Barangay Kalubihan in Cebu City, who was arrested with 11 sachets of suspected shabu during a buy-bust operation in Andres Abellana Street, Barangay Guadalupe in Cebu City at 10:45 p.m. of April 17, said Basirgo.

He said that the suspected shabu had was estimated to be worth P3,000.

The arrest of Godoy came after the San Nicolas Police arrested Ramir Lofranco Bendol, a laborer, who allegedly sold suspected shabu near the police station at past 12 a.m. on April 17.

On the Andres Abellana Street operation, Godoy told police that he got his drugs from a certain Wanang and so a follow-up operation was conducted at 12:45 a.m. of April18, at the corner of Ingles Street and V. Rama Avenue in Barangay Guadalupe

Ngipen was caught with suspected shabu with an estimated Dangerous Drugs Board value of P34,000.

During police interrogation, Ngipen pointed to Lexer Macan as the supplier of his drugs.

Another followup operation was conducted at 2 a.m. of April 18, at Banawa, Barangay Guadalupe, where Basirgo said they arrested Macan, who was caught with P442,000 worth of suspected shabu and a .38 caliber revolver.

The three suspects were detained at detention cell of the Cebu City Police Office along Gorordo Avenue in Cebu City pending the filing of charges./dbs