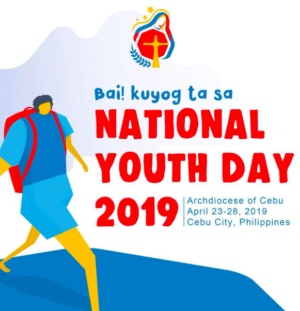 According to Fr. Mark Rommel Barneso, the NYD steering team leader, only official NYD backpacks will be allowed inside the Basilica during the opening mass of the NYD at 7:00 p.m.

He said non-pilgrims with backpacks will not be allowed entry.

Fr. Andrei Vintanilla, the NYD steering facilitator, said that the pilgrims have already been assigned in certain areas in the Basilica for the Opening Mass and traditional Sinulog.

He said that the priority for the delegates who will have the opportunity to be inside the Basilica for the opening mass would be those from Luzon and Mindanao, since they are the ones who most likely have not experienced the traditional Sinulog celebration in Cebu.

“We want them to experience the traditional Sinulog and we think Visayans have more opportunity to witness the Sinulog on a yearly basis because they are near Cebu,” said Vintanilla.

Police Brigadier General Debold Sinas, the director of the Police Regional Office in Central Visayas (PRO-7), said that at least 1,513 police personnel and force multipliers will be deployed for the Sinulog activities of the NYD.

He asked the public to be patient, especially with the closing of the Osmeña Boulevard for the solemn procession from 2 p.m. until the end of the procession around 7 p.m.

The police will be joining the procession at the head and the tail to secure the delegates.

Sinas urged the public who will join the procession  not to wear backpacks and to give way for the pilgrims. /bmjo