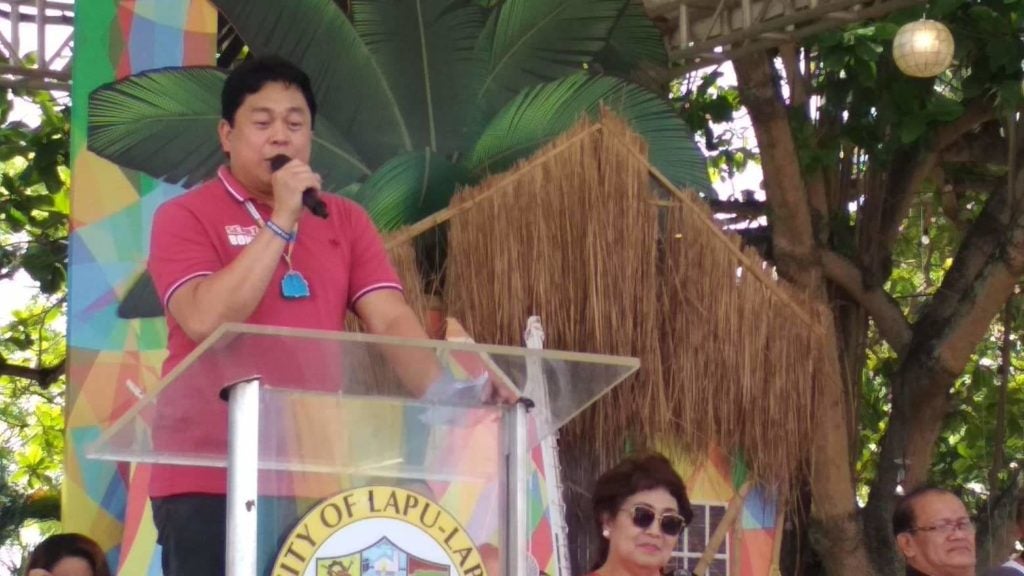 LAPU-LAPU CITY, CEBU, Philippines — It was a program meant to celebrate the 498th anniversary of the Battle of Mactan.

But spectators at the Liberty Shrine on Saturday morning, April 27, also heard a political endorsement when actor Dennis Padilla was called to deliver a “special message.”

Based on the official program, Padilla was named as the representative of the former Special Assistant to the President ( SAP) Christopher “Bong” Go.

Wearing a red polo shirt with the words “Senator Bong Go” printed on his right chest, Padilla expressed his support for Go, who is seeking a seat in the Senate.

(For sure, we will have a senator who will bridge the Filipino people to President Duterte.)

Padilla also assured that Go will continue the Malasakit Center, a one-stop shop that offers health services for Filipino indigents.

In his speech, Padilla said Go will fight corruption and support the government’s war on drugs through additional funds for the Philippine Drug Enforcement Agency (PDEA).

Part of Padilla’s speech also addressed the youth. Some pilgrims participating in the National Youth Day (NYD) 2019 in Cebu were present during the Kadaugan sa Mactan 2019 celebration.

(I hope that the victory here in Mactan will serve as inspiration to the youth to fight for the country, take pride in their color, and be proud of the flag.)

Padilla also commended the transformation of Lapu-Lapu City into a progressive city.

After his speech, Padilla entertained the crowd and performed “Awitin mo at Isasayaw Ko”, a VST and Company original.

Padilla is the ex-husband of Marjorie Barretto and the father of Kapamilya actress Julia Barretto. /celr

Read Next
Exploring the art of running a tattoo business