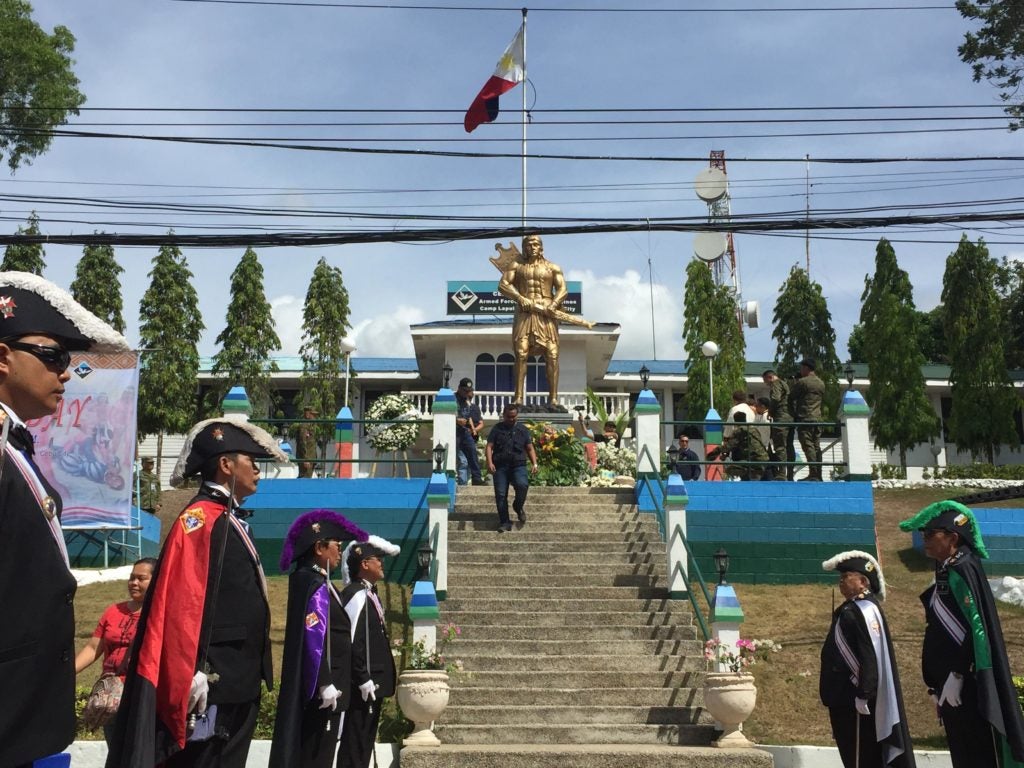 CEBU CITY, Philippines — Cebu City Mayor Tomas Osmeña compared the soldiers of the country to national Cebuano hero, Lapu-Lapu, on the day of his commemoration on Saturday, April 27.

In his speech for the wreath-laying activity at Camp Lapu-Lapu at the Central Command headquarters of the Armed Forces of the Philippines in Barangay Lahug, Cebu City, Osmeña said that like the first Filipino hero, the soldiers of the country constantly defend the country’s security.

“He is not defending his business, his land, or his family, but he is fighting for his country,” said Osmeña.

He cited his experiences as a military reserve officer in his days as a congressman where he represented the government in burial rites for fallen soldiers.

He said these experiences were the reasons why Cebu City donated to the families of fallen soldiers in the Marawi siege of 2017 and the Bohol clash of the same year.

On the same year, the city donated P10 million for the families of the 166 soldiers, who died in the Marawi siege.

“The city stands alone in providing assistance to the families. I don’t know why other cities were not able to do that,” said Osmeña.

Osmeña said that same as Lapu-Lapu, who would not be forgotten as a hero, he would also remember the military for their sacrifices to the country.

“I would always pay my respects to those who sacrificed their lives for what? Only because they knew how to follow orders and believed what our country stood for,” he said.

Aside from the wreath laying activity in Camp Lapu-Lapu, the Kadaugan sa Mactan 2019, a reenactment of Lapu-Lapu’s victory over Ferdinand Magellan, was also held at the Liberty Shrine in Barangay Mactan, Lapu-Lapu City. /dbs

Read Next
9 already ‘retirable’ PDEA dogs up for adoption