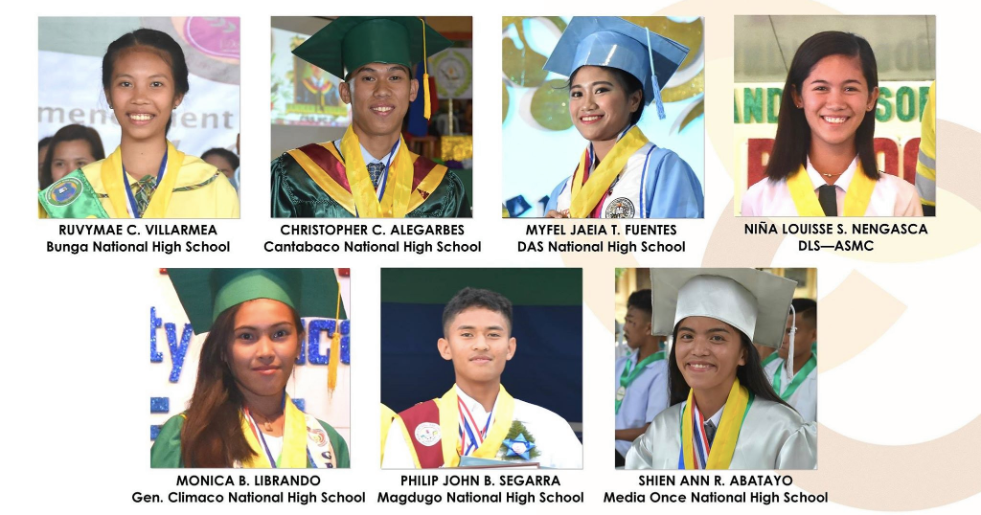 They all received a gold medal, certificate, P2,000 worth of self-help books on leadership and personal development and P3,000 cash incentive. They also earned the eligibility to avail of the Carmen Copper Academic Scholarship Program.

They awardees were nominated by their respective schools after satisfying the criteria for this award which included the need to demonstrate good conduct, outstanding leadership skills, community service and academic excellence.

By conferring this award, Carmen Copper aims to instill the values of excellence, leadership and community service among students who are the country’s future leaders and inspire them towards achieving their dreams and aspirations in life.

The Carmen Copper Leadership Excellence Award is a project under the company’s Social Development and Management Program, which, among others, aims to promote quality and inclusive education for all towards building sustainable, self-reliant communities in Toledo City.

“For me, a great leader must be a servant first. A great leader puts the needs of others first before herself and ensures the wellbeing and growth of the community.”

Fuentes finished on top of her class. Since 2015, she has been a member of the Barangay Das Anti-dengue Taskforce where they conduct awareness campaign and other activities to educate the people on dengue prevention and control. She was also a student officer and a consistent achiever.

Philip John Segarra believes that a great leader is one who abides by the rules and inspires and influences others to do the same. Segarra, who graduated with honors was also a Supreme Student Government (SSG) president at the Magdugo National High School where he led fellow officers and volunteer students to do regular clean-up activities in their school and community to raise awareness on the need for environmental protection and conservation.

“We wanted to teach our fellow students, especially our juniors, to keep the surroundings clean through proper waste segregation. Eventually, when they make cleanliness a habit, they will do the same in their own homes and the community. This is our mission, what we chose to do to change the world,” Segarra said.

Monica Librando took leadership to a whole new level. During her stint at the General Climaco National High School, she was elected SSG president, Youth for Environment in School Organization (YES-O) president and head of their school’s Campus Integrity Crusaders – Office of the Ombudsman.

Librando, who only get an allowance of P10 per day, walks for almost two hours to get to her school. But she did not allow their poverty to be a hindrance in achieving her goal of graduating from senior high school on top of her class.

A consistent achiever since her elementary years, Librando instead made her struggles an inspiration to pursue excellence and serve others. She envisions a country led by honest and incorrupt officials and where people cares for the environment.

As a leader, Librando said she is an initiator and would speak her mind when she thinks she has something better to contribute. She also believes that a leader must know how to listen to the ideas of others and learn from them./dcb