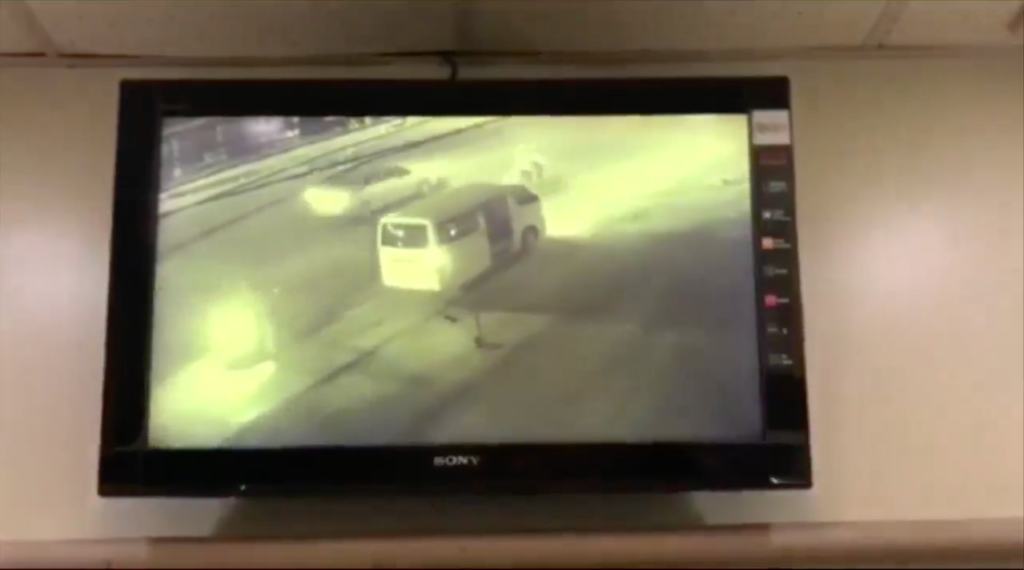 CEBU CITY, Philippines — The strafing of the Chevrolet showroom in Mandaue City at past 1 a.m. on May 4 may be connected to the recent strafing incidents involving houses of barangay officials in the mountain barangays in Cebu City.

The strafing attacks were done on Bando Osmeña-Pundok Kauswagan (BO-PK) allies with the target of the latest attack, the Chevrolet showroom, is owned by  Cebu City Association of Barangay Councils (ABC) President Franklyn Ong.

The other three attacks last April 4 were on the houses of the barangay captains of Sudlon, Malubog, and Sinsin.

Witnesses to the strafing of the officials’ houses in the mountain barangays claim that the attackers were aboard a white van followed by two men on a motorcycle.

Closed-circuit television (CCTV) footage of the strafing incident in Mandaue City showed that the perpetrators rode a white van followed by two men on board a motorcycle.

Villacampa said the similarities might mean that the incidents could be connected, but they were still gathering more data to establish the motives of the incident.

(The two incidents are similar because they involved a white van and men on board a motorcycle. The incidents also appeared to be some sort of intimidation so we will be checking if they are connected.)

Villacampa admitted that it is difficult to identify any persons of interest because in the footage none of the perpetrators went out of the van.

He said the incident went by fast which makes it harder to identify the perpetrators.

Cebu City Mayor Tomas Osmeña said on his facebook post that the strafing incident on the showroom of Ong was an intimidation to the ex-officio councilor.

Osmeña posted on facebook the closed-circuit television (CCTV) footages of the white van.

“White HiAce with motorcycle backup. No license plates. Approx. 12 rounds fired. This is just intimidation. Fortunately no one was hurt,” said Osmeña in his post.

Osmeña encouraged the public to inform him of any information regarding the vehicle through his mobile phone number, 0917 329 9999./dbs