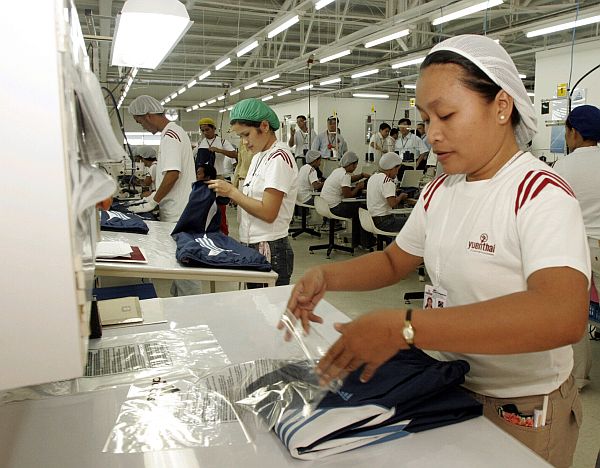 Business leaders think that the implementation of a wage increase during a time when businesses are ‘very challenged’ will only cause Cebu’s competitiveness to further decline. /CDN File Photo

CEBU CITY, Philippines–The Cebu Chamber of Commerce and Industry (CCCI) do not approve of the P772 daily minimum wage proposed by the Associated Labor Union-Trade Union Congress of the Philippines (ALU-TUCP) for private sector employees in Central Visayas.

While the Chamber together with the business community is one with the labor sector in looking after the welfare of every worker, the chamber said in its statement that they also recognize the fact that only competent and productive human capital can best enable the business to be competitive.

“In as much as business owners want to give their employees higher take-home pays, it is important to understand that business has never been more challenged than today,” the chamber said.

Businesses are presently trying to survive, grow and compete in this time of  “volatile, uncertain, complex and ambiguous business environment,” CCCI added.

The Chamber noted that the Philippines lags behind its other ASEAN counterparts in the ease and cost of doing business.

“We are ranking lower in terms of competitiveness,” said the CCCI statement.

“Competitiveness is vital to survive against fierce global competition.”

An increase in the cost structure, amid a depressed market, could eventually force businesses to automate and continue to import cheaper materials. This situation could even discourage entrepreneurs from investing or worse, decide to sell out or exit from their business, the chamber said.

Many multinational corporations have already relocated from the Philippines to other neighboring countries.

“We need to collaborate for a mutually beneficial and lasting approach,” the chamber stressed.

The chamber noted that having one party win over another for a share of a small stagnant economic pie would not be sustainable and, instead, would be a no-win situation for both employers and employees. In fact, business owners have committed to hang on to their businesses despite difficulties “just because of their employees.”

“And that is our commitment to nation building as we support the Angat Lahat or Prosperity for All advocacy,” the chamber said in its statement.

The Chamber encourages its member-companies to have their employees’ well-being as part of their company’s mission statement. ”

It’s not all about take home pay but making the human capital become better in a competent and better in a wholistic sense,” the chamber added./dcb