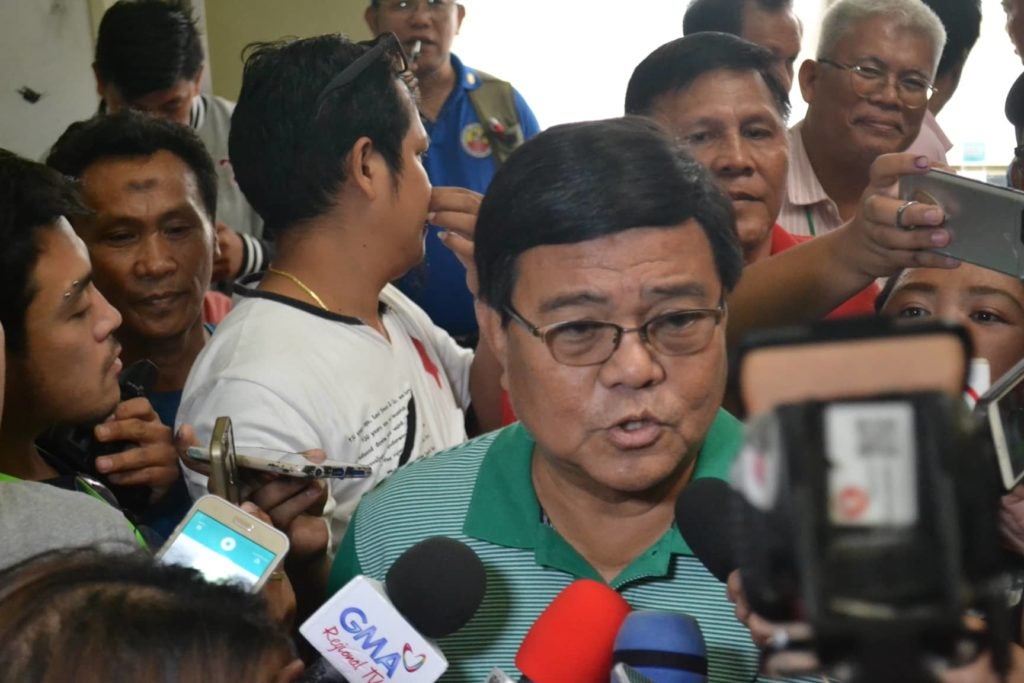 Cebu City Mayor-elect Edgar Labella answers questions from reporters after he was proclaimed as election winner by the Commission on Elections in Cebu City. | CDND PHOTO / Gerard Francisco

CEBU CITY, Philippines — The Light Railway Transit (LRT) may come sooner than expected with Cebu City Mayor-elect Edgardo Labella pushing for the project during his term.

In his statements immediately after his proclamation as the winner of the mayoral race in Cebu City, Labella said that President Rodrigo Duterte will fulfill his promises of realizing the LRT in Metro Cebu now that he is the city’s chief executive.

Labella said the LRT is the more efficient mode of transport as it will integrate the thirteen local government units (LGUs) in Metro Cebu providing a public transport that would pass through all the cities and towns.

“Just five days ago, we already talked with the Department of Transportation regarding the LRT,” said Labella

The realization of the LRT would mean the demise of outgoing Cebu City Mayor Tomas Osmeña’s pet project, the Bus Rapid Transit (BRT).

During the interview, Labella said he will look into the BRT design and see if it will work in the city.

However, Labella has long expressed his dissent on the BRT saying that narrowing the roads for the BRT will cause more traffic in Cebu City.

The new mayor said that he may be focusing on the LRT especially with the support of the President.

Labella said once he sits as mayor, he will immediately call a meeting with the police officials including Cebu City Police Office Director, Colonel Royina Garma, who has a standing feud with Osmeña, to discuss the safety and security concerns in the city.

“We need to support the police. Our police needs our help to keep the city safe,” he said. / celr