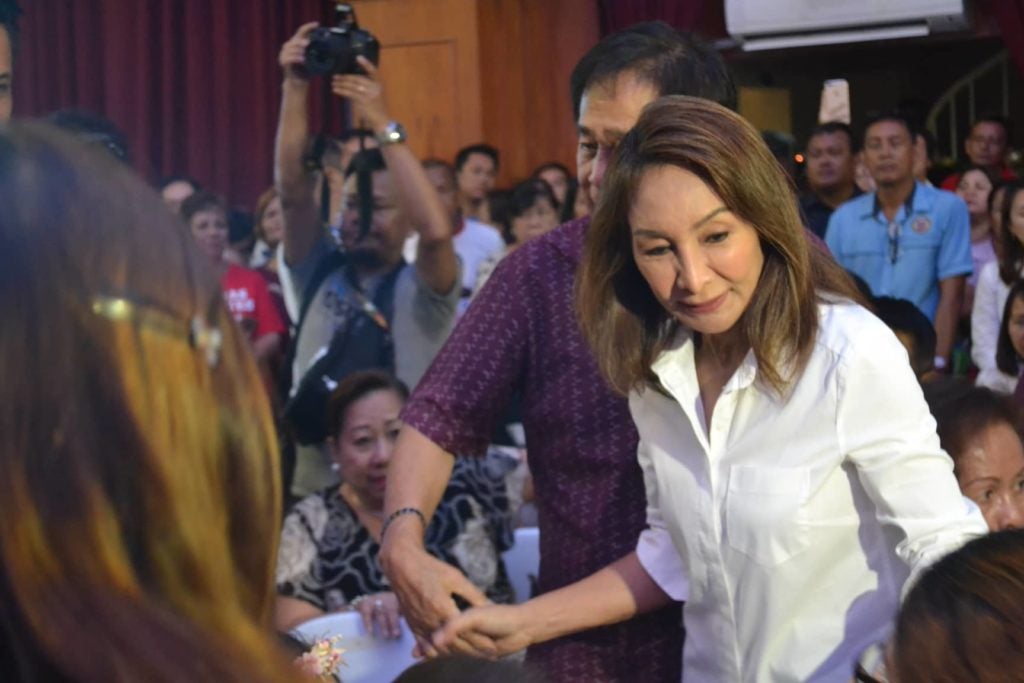 As of  2:30 pm on Tuesday, May 14, Garcia has already secured a margin of over 250,000 votes against her rival in the gubernatorial race, incumbent Vice Governor Agnes Magpale.

The Provincial Board of Canvassers has reported an initial vote tally of 838,550 votes for Garcia against Magpale’s 563,497 votes.

Garcia could have moved for a partial proclamation with the number of votes canvassed but she requested to wait for the transmission of the votes coming from Toledo City and Ronda town before any proclamation on the gubernatorial post be made.

“It’s not a matter of how wide my lead is. It’s a matter of respecting the votes that were cast in these two LGUs. I want that to be a signal and a statement to the Cebuanos who voted for me in Ronda and Toledo City that I will wait until their last vote is counted,” Garcia said in an interview on Tuesday afternoon, May 14.

Acting Provincial Election Supervisor and PBOC Chairman Jerome Brillantes called for a recess in the canvass proceedings at around 6:30 p.m. as there was no specific time committed yet on when the election results from the two local government units will be transmitted.

The PBOC will resume the canvass at the Capitol’s Social Hall at 1 p.m. on Wednesday, May 15.

Magpale, in a media statement, also congratulated Garcia in her victory and wished her “a successful term as Governor of our beloved Cebu.”

Magpale said she was thankful to Capitol employees whom she had worked with in her almost three decades in the government service, as well as those who joined and helped her in her campaign.

“And I owe an enormous debt of gratitude to everyone who believed in us and supported us, who were at the forefront of our charge to deliver our promises and more, who stood their ground and fought for what is right and true. I ask that we stay faithful and committed to the ideals that brought us this far to fully realize our aspirations of a better life for our children and future generations,” Magpale said.

Meanwhile, winners of provincial posts have already been proclaimed on Tuesday afternoon.

For the sixth district, reelectionist Board Member Thadeo Jovito Ouano and businessman Glenn Soco are the first to be proclaimed as Board Members of the Sangguniang Panlalawigan.

In the fifth district, Andrei “Red” Duterte was proclaimed as one of the winning board members, along with Vincent Franco “Duke” Franco as the representative.

Kerrie Keanne Shimura, the wife of Daanbantayan mayor-elect and incumbent Board Member Sun Shimura, won as one of the provincial board members of Cebu’s fourth district.

In the second district, Jose Mari Salvador was proclaimed as one of the board members. Salvador ran under the slate of Magpale.

For the first district, Eduardo Gullas was officially proclaimed as the district’s representative, together with reelected Board Members Yolanda Daan and Raul Bacaltos. / dbs