GMA thanks Cebuano businessmen for helping Pampanga after quake 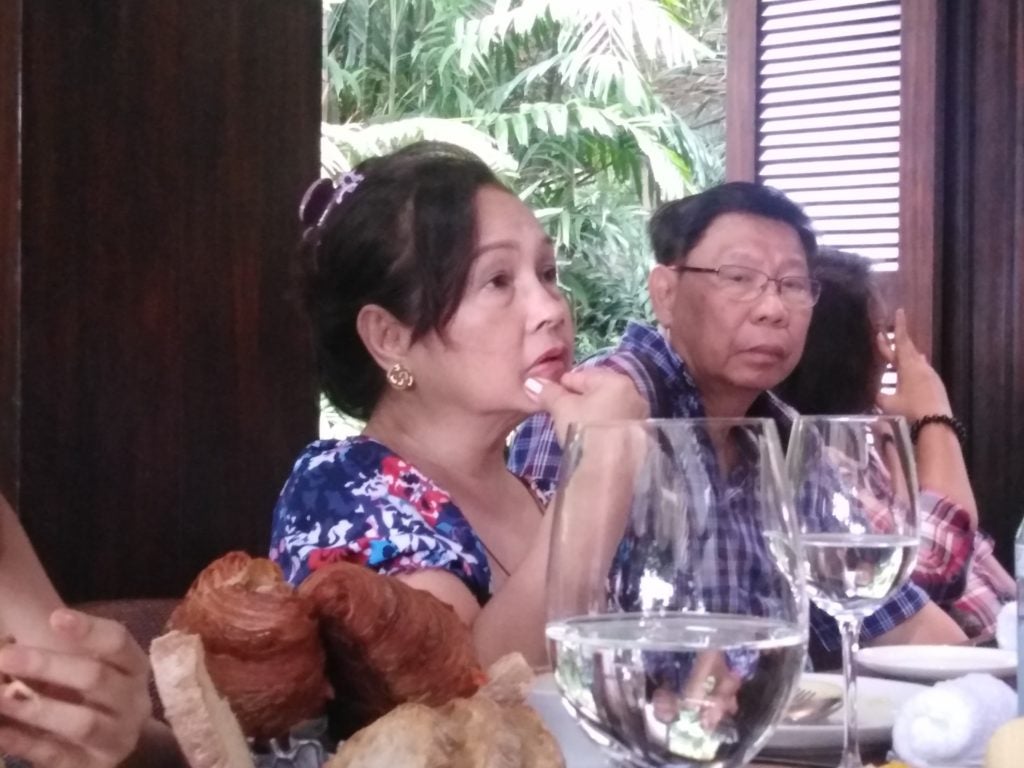 Former President and incumbent Speaker of the House, Gloria Macapagal-Arroyo met with members of the media on the morning of May 17 in Lapulapu City. | Delta Dyrecka Letigio

Arroyo, who is in Cebu to visit her projects from her term as President, said that these Cebuano businessmen donated at least P1.1 million to Pampanga after the quake to help the province get back on its feet.

She said the money would be used to fund the construction of the houses that were destroyed by the quake especially in Poro town, Pampanga where at least 40 houses were destroyed and a supermarket was reduced to rubble.

At least 1,000 houses were reportedly damaged in the entire province of Pampanga.

Arroyo said that the Pampanga quake should not only be looked into as a model of quick response, but also as an example on how substandard construction could be dangerous to an entire community.

“On the positive side, the quick response should be looked into as a model,” she said.

The Speaker of the House said that the way the national government and the local disaster risk reduction team coordinated made it possible for them to save many lives in Pampanga after the quake.

This well coordinated rescue operations should be reviewed by both the local and national governments in order to create a more efficient disaster risk reduction and management plan.

The earthquake also provided new realizations on how buildings should be constructed.

Arroyo said that at least four individuals including children died because they were buried under collapsing fences.

She said that people did not take into account the structural stability of fences during the construction of a building and these are most often taken for granted.

The fences became an obstacle to the individuals trying to escape their collapsing house.

Arroyo agreed with Pampanga Governor Lilia Pineda that upon getting a building permit, a contracter or developer should also get a fencing permit to ensure the structural stability of fences.

She said that the incoming Congress and the Senate should look into revisiting the building laws in order to incorporate regulation in fencing.

Arroyo will step down as Speaker of the House and Representative of Pampanga on June 30. /dbs

Read Next
PDEA-7 to check for narco politicians in CV