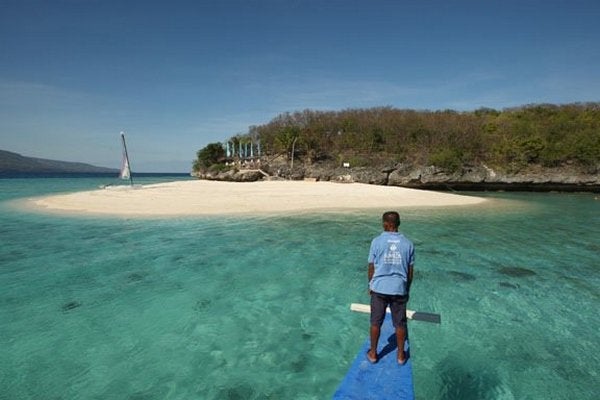 Members of a multi-agency task force have been visiting the different islands in Cebu province to check on resorts compliance with environmental laws. /CDN File Photo

DOT-7 Regional Director Shalimar Tamano said the deadline for environmental laws compliance for Panglao Island resorts has been set on May 27.

He noted that they have been urging the various tourism businesses in the region to comply with environmental rules and regulations.

“Sustainable tourism and protection of the environment, that is really the priority of (Tourism) Secretary (Bernadette) Puyat,” Tamano said.

He added that the DOT-7 has been working closely with the Department of Environment and Natural Resources (DENR), the EMB, Coastguard, MARINA and the Department of Interior and Local Governments, among others.

According to Tamano, the task force, which has been visiting Panglao Island regularly, has observed that resorts have been taking down the structures that violate the regulation on easement zone, including swimming pools and concrete barriers.

In March last year, DENR issued notices of violations to over 80 establishments in Panglao Islands, mostly involving structures within the easement zone. These include seawalls, concrete pathways and stairs, swimming pools and native cottages.

Presidential Decree 1067 or the Water Code of the Philippines mandates that “the shores of the seas and lakes throughout their entire length and within a zone of three meters in urban area, 20 meters in agricultural areas and 40 meters in forest areas, along their margins, are subject to the easement of public use in the interest of recreation, navigation, flotage, fishing and salvage.”

Meanwhile, Tamano said that the task force has also been visiting resort areas in the islands of Olango, Camotes, Malapascua and Bantayan in Cebu province to check if these has complied with environmental rules and regulations.

Last April, DOT and other regional agencies in coordination with the local government units (LGUs) held a joint caravan on environmental compliance and tourist safety and security.

The crackdown on violators of environmental laws in tourism destinations started April last year after the President ordered the six-months closure of Boracay Island to pave the way for the island’s rehabilitation.

Tamano told CDN Digital that during a recent visit to Boracay, he observed that island residents are now more aware of the importance of the need to take care of the environment.

He hoped that this attitude would also be adopted by Central Visayas residents./dcb