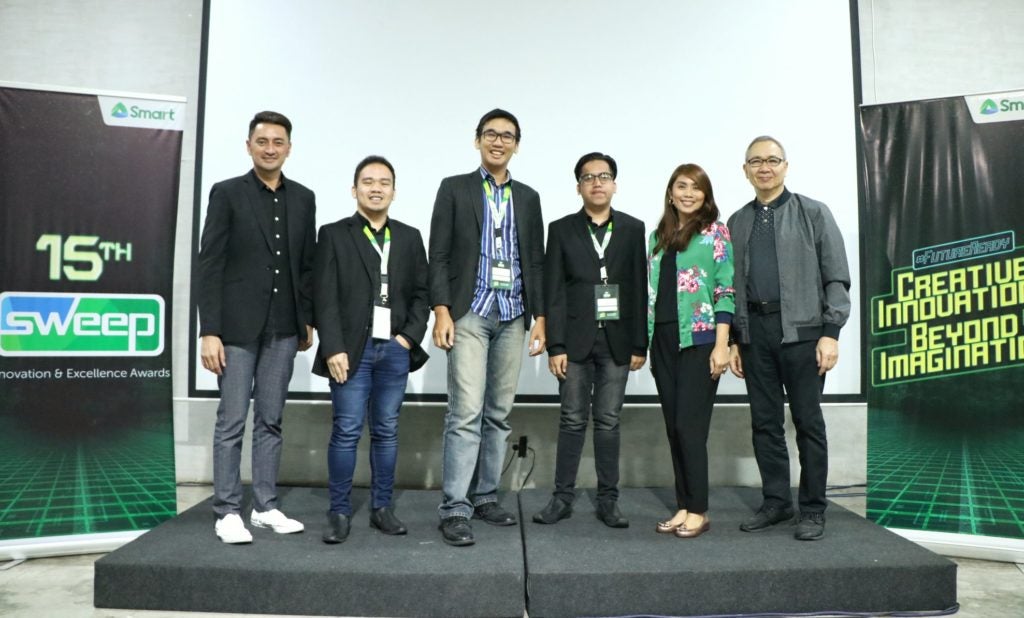 CEBU CITY, Philippines — Are you finding it hard to find a parking space in Cebu?

Three students from the University of San Jose Recoletos (USJR) may just have the answer to your parking woes through an online application prototype called “CarSpace.”

Noel Daniel Seldura, 26, Kevin Cerdon, 24,  Jesury Thomas Gadiane, 24, are sophomore students taking up Bachelor of Science in Information Technology (BSIT) at USJR who make up the team that developed CarSpace.

Eric Magto, the team’s mentor, said it took them three months to finish the prototype.

This feat enabled the team to earn the top plum in the Smart Wireless Engineering Education Program (SWEEP), a technology competition organized by Smart Communications that aims to provide college students with the platform to create innovative applications that solve consumer pain points.

The USJR students bested 19 other teams hailing from different schools around the country after a rigorous screening process and a boot camp during the 15th SWEEP Innovation and Excellence Awards.

The awarding ceremony was held on May 10, 2019, at Discovery Primea Hotel in Makati City.

He says they did not include establishments such as malls and other commercial spaces in the app as it was not feasible for their start-up project during the time of development.

But users may have to wait for two years before the app will be available for public download because the students said will still focus on experimenting on CarSpace.

Magto says the students will make the CarSpace prototype as their Capstone project for their thesis.

With an innovative project like this, let’s hope we don’t have to wait for two years for this app to be available.

Read Next
Malling Is More Fun In The Philippines at SM Supermalls!