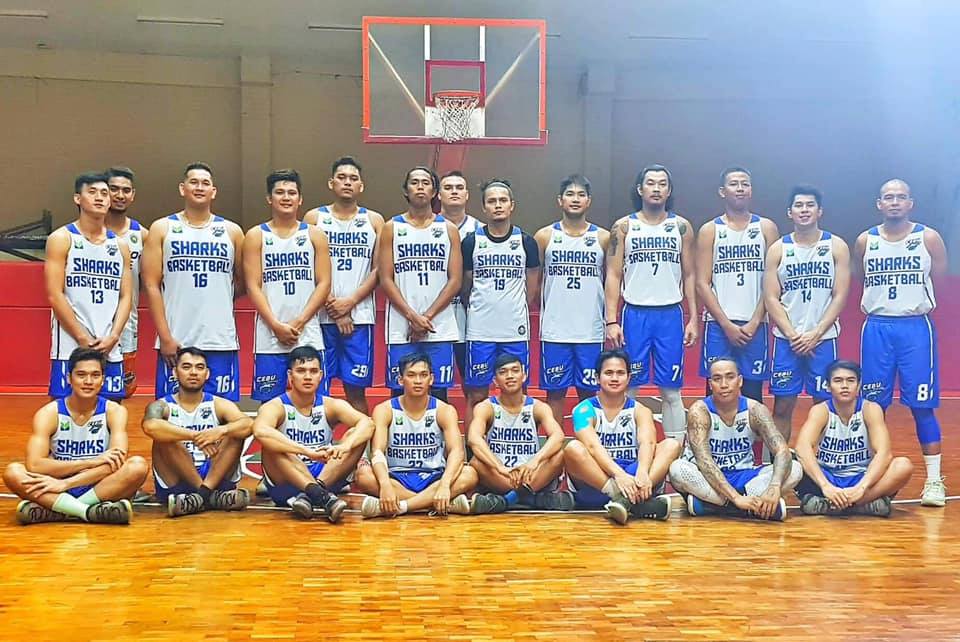 The Cebu City Sharks are ready for their sophomore season in the MPBL. | Contributed photo

CEBU CITY, Philippines — With the brand new season of the Maharlika Pilipinas Basketball League (MPBL) set to start less than a month from now at the Mall of Asia Arena, fans of the hometown team Cebu City Sharks-Casino Ethyl Alcohol are excited to find out what their prospects are this coming season.

Two of the team’s stalwarts, namely All Star Patrick Jan Cabahug and former Cesafi MVP Jaybie Mantilla, have expressed optimism in their ability to possibly surpass their performance from last season.

The Sharks have reloaded for this season, adding several new players, the most notable of which is ex-pro and fan-favorite, Eliud Poligrates.

“We have added about six new players this new season. I feel excited for the team because it has more balance,” said Cabahug, the team’s lone All Star from last season.

Mantilla, who joined the Sharks midway through last season, believes the team can be more competitive this time around, with the core players benefiting from the experience and more veterans being added to team.

“The team is more competitive this time, especially since we now have more big men and veterans on the squad,” said Mantilla.

Rather than overhaul the squad, team management have opted to retain most of the core of the squad, and have added a few more standouts from the Cesafi, including former Cesafi Mythical Five guard John Reel Saycon and Max4 Birada-Cebu City aces Nichole Ubalde and Fletcher Galvez.

So far, Cabahug reports that all the young players are eager to learn and have shown a propensity to work hard.

“They’re young players but have experienced playing in various leagues locally, that’s one of the advantages. They’re very eager to learn more and show hard work. I am looking forward to be playing with them this upcoming season,” Cabahug said.

Mantilla meanwhile, said having younger, fresher legs would help them play fast, and improve on their transition attack which saw them end up near the bottom in fastbreak points last season.

“If I am not mistaken, we were the second to the last team when it came to fastbreak points. But with younger players here, perhaps we can run more and score more easily.”

But the thing that most supporters and followers of the team want to know is: Is the team better this time around? Both Cabahug and Mantilla believe that it is.

“We gained experiences from last season, we learned a lot and grew from there. We will do our best for the team and for all the Cebuanos,” said Cabahug.

“Cebuanos can expect an exciting performance. We have been practicing games and working our chemistry together to build a better and stronger team this season,” added Mantilla./dbs

Read Next
‘Bikoy’ BP shoots up; gets admitted to hospital–PNP chief