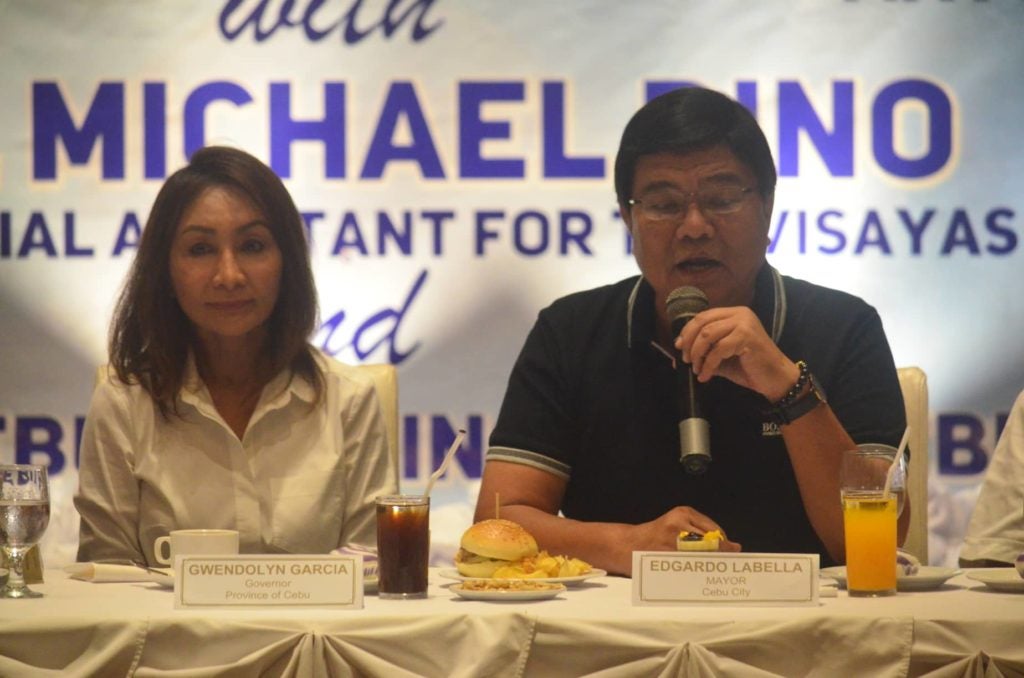 Governor-elect Gwendolyn Garcia and Cebu City Mayor-elect Edgardo Labella discuss plans for their administrations during a Unity and Solidarity meeting on Saturday, May 25 in Cebu City. | Gerard Vincent Francisco

CEBU CITY, Philippines — With the recent closure of the Consolacion landfill, Metro Cebu is now looking for alternative places to dump its garbage.

For Governor-elect Gwendolyn Garcia, the immediate solution is 61 kilometers away from Cebu City, the landfill in Aloguinsan.

Garcia said the Aloguinsan landfill could be the perfect spot to throw Metro Cebu’s garbage as it could serve as it is far from the more developed areas in the metro and could pose lesser risks.

Yet, Garcia said that a landfill would not be a sustainable solution to the garbage problem because it would take so much space, and it could no longer be used after the landfill had been filled up.

Meanwhile, during the May 24 meeting, Garcia once again reiterated her plans of a waste-to-energy facility in the controversial Balili property as the unsolicited proposal of a certain company had stood to this day, and she said the company was still ready to continue with the project.

She said that with waste-to-energy, garbage would cease to be a problem, but instead, it would turn into a resource for the provinces and for Metro Cebu.

“It is the only sustainable way of addressing our garbage concerns,” said Garcia.

Cebu City Mayor-elect Edgardo Labella agreed with Garcia during their Unity and Solidarity meeting on Saturday, May 25.

He said that the landfill should be far from the Metro Cebu and Aloguinsan proved to be a potential area.

Read more: Phasing out of single-use plastic closer to reality with support from NGOs, civil society

Labella said that education would be essential in the solution of the garbage problem as this would need the cooperation of the residents and the establishments in terms of segregation.

“Segregation should start within the households,” said Labella.

Labella said that garbage would be one of his priorities when he would sit in office on June 30, and he was hoping for the cooperation of the barangays. | dbs