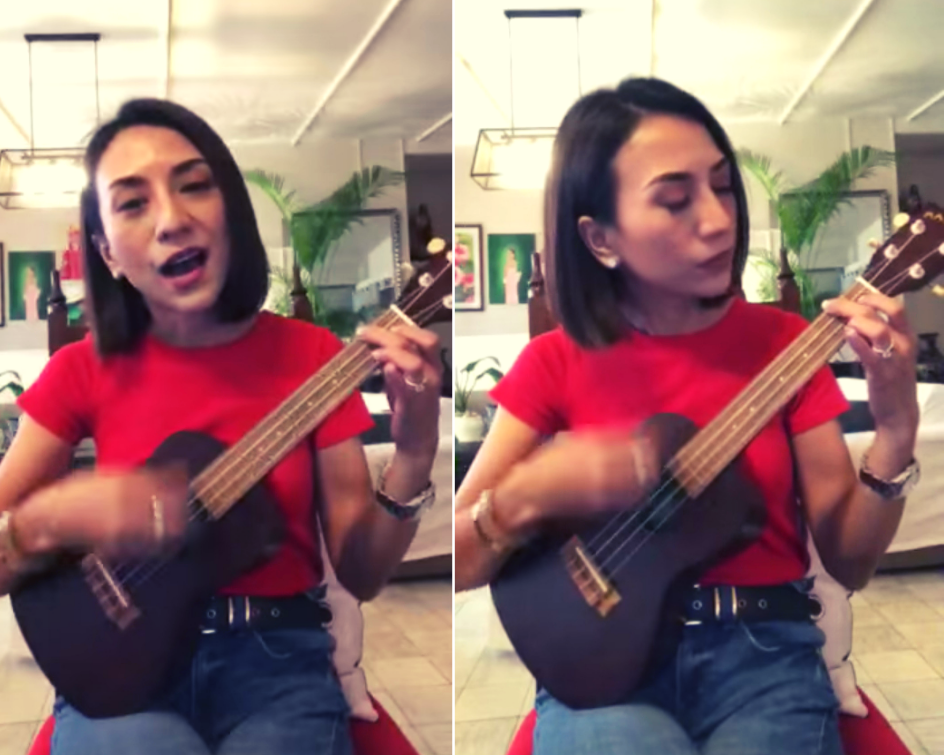 LILOAN, Cebu – – After what she described as a “highly divisive election,” Liloan Mayor Christina Garcia-Frasco led the town’s fiesta celebration with back-to-back staging of the Rosquillos Festival on May 26 and the Miss Liloan pageant on May 29.

Christina, whose husband, Duke also won as congressman for Cebu’s Fifth District, exudes positivity in her Facebook posts and even offered a song to Liloan supporters as she played the ukulele.

Watch the video below:

In her Facebook post that accompanied the video, Christina wrote that she is still overwhelmed by the love shown by supporters for Team Frasco in the past elections.

She also highlighted some lines of Mraz’s song: “Well open up your mind and see like me/ Open up your plans and damn you’re free/ Look into your heart and you’ll find love love love love.”

Liloan is known for its tagline, “Live, love, Liloan.”

During the election season, Christina also posted videos of her singing and playing the ukulele including her version of Alanis Morissette’s Head Over Feet.

Read Next
Capitol’s P1.3B debt and the voters’ perception