Cop, who moonlights as drug pusher, nabbed with P170K shabu in Pardo bust 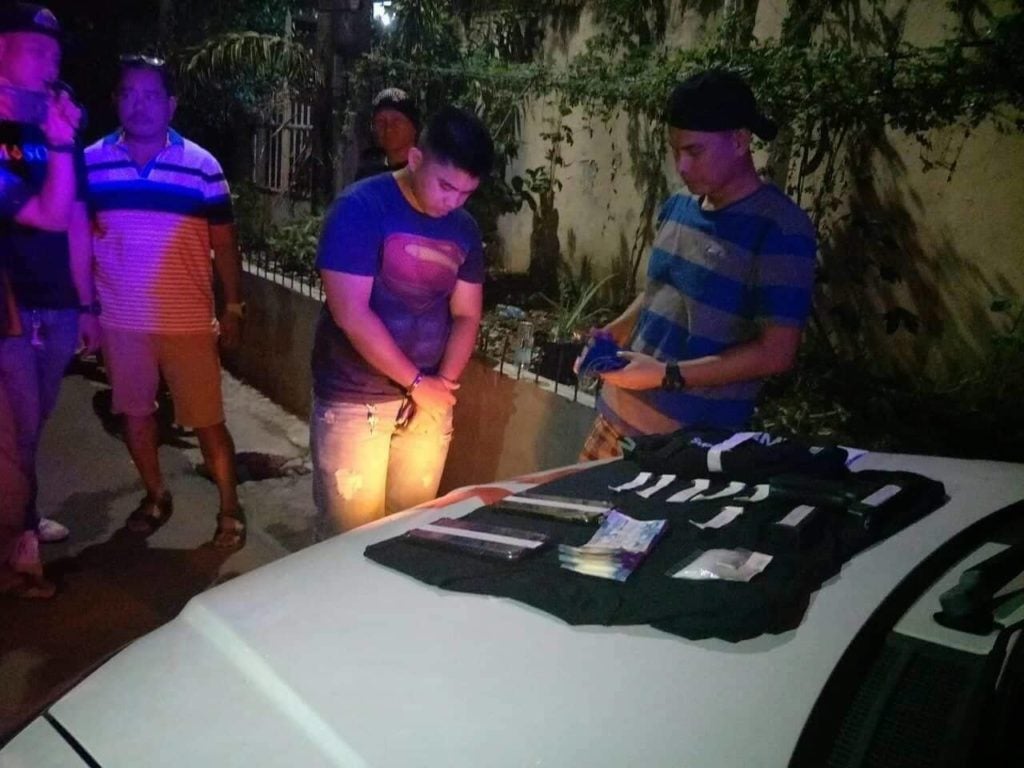 Corporal Rogelio Atillo is caught with 25 grams of suspected shabu during a police operation in Barangay Pardo on Friday, June 7. |Photo courtesy of Pardo Police

CEBU CITY, Philippines — He helps arrest drug pushers when he is on duty as a police officer, especially since he is a member of the Labangon Police Precinct’s Drug Enforcement Unit.

But when he goes off duty from his law enforcement job, Police Corporal Rogelio Atillo, surprisingly dons another secret hat as he allegedly turns into the person he chases as a police officer — a drug pusher.

Unfortunately, at past 6 p.m. on Friday, Corporal Atillo’s drug pushing days ended and so was his career as a police officer after he was arrested in a buy-bust operation in Sitio Caimito, Barangay Basak Pardo in Cebu City.

Atillo was caught with 25 grams of suspected shabu with an estimated Dangerous Drugs Board value of P170,000 and P27,000 cash believed to be proceeds of his illegal trade, said Police Major Regino Maramag, Pardo Police Precinct chief, in an interview with CDN Digital.

Atillo’s service firearm, a Glock 17 pistol, was also confiscated during the operation, which was conducted by a joint team of the Labangon Police Precinct and the Pardo Police Precinct headed by Maramag.

Maramag said that they conducted the buy-bust operation after receiving reports allegedly of a police officer selling illegal drugs in the area.

He said that Atillo was on duty at that time and when negotiations for a drug buy happened, the police officer suddenly left the precinct.

He was later caught in the buy-bust operation in Sitio Caimito.

Atillo was detained at the Camp Sotero Cabahug detention cell along Gorordo Ave. in Cebu City where he would be awaiting the filing of charges against him and  where he could think about the life he would be facing next — that of a jailbird. /dbs

Read Next
Facebook stops Huawei from pre-installing apps on phones