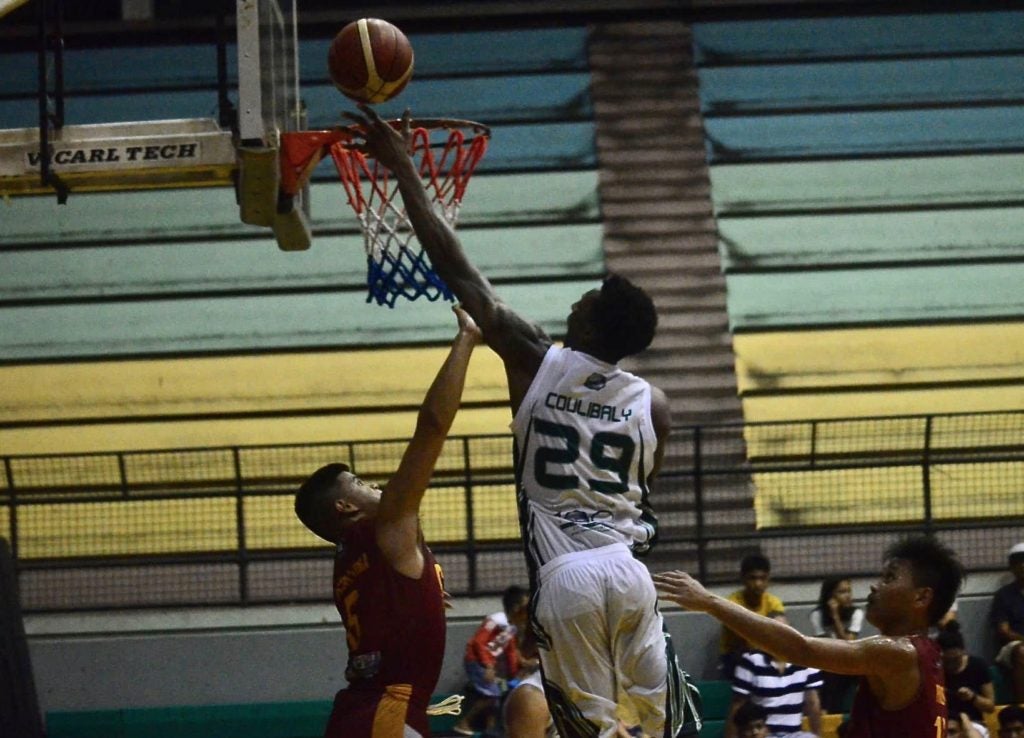 UV’s Las Coulibally lays it up in a game against CIT-U in the 2019 Cesafi Partner’s Cup at the USC gym. CDN Digital photo | Gerard Vincent Francisco

Cebu City, Philippines—The ARQ Builders-University of the Visayas (UV) Green Lancers did not miss a beat as they destroyed the Tough Gear-Cebu Institute of Technology-University (CIT-U) Wildcats, 92-62, in the 2019 Cesafi Partner’s Cup on Sunday, June 9, 2019, at the University of San Carlos gym.

The Wildcats were up to the task at the onset but the three-time defending Cesafi champions eventually surged ahead, 23-13, after the first. The Green Lancers then stepped on the gas pedal and unleashed an 18-2 run sparked by Jancork Cabahug, Gileant Delator and Las Coulibaly to erect a 45-24 lead at halftime.

The Green Lancers did not let up and raised their lead to a high of 30.

The game went through some anxious moments near the end as CIT-U’s Eds Daniel Vallena was called for an unsportsmanlike foul on Delator, which caused an exchange of words from the latter and the former’s father, Wildcats’ head coach Edsel Vallena.

Forward Melvin Butohan led UV with 14 points while Cabahug and Delator each had 12. /bmjo