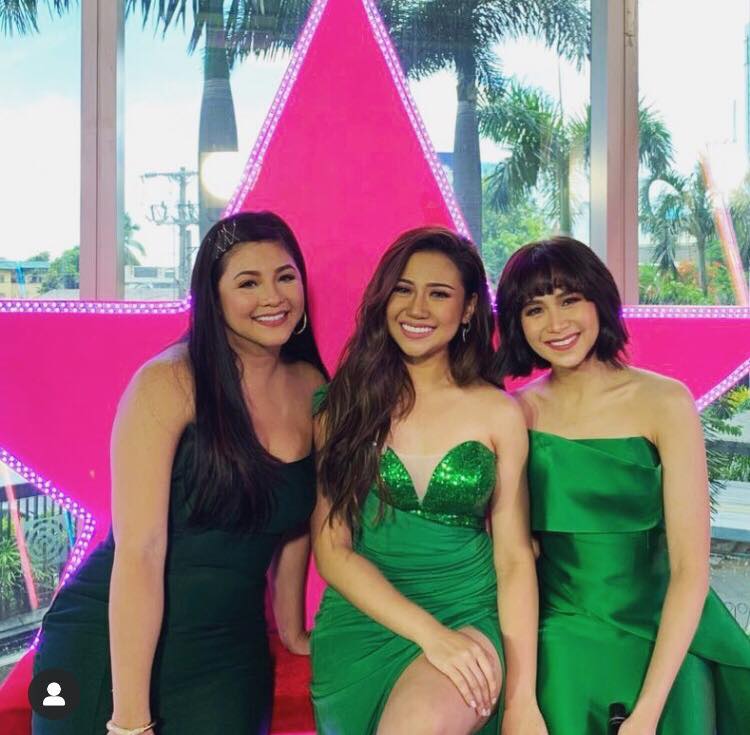 She considered the two singers as her inspirations in the industry.

“I remember watching their concerts before when I was younger in Cebu and that ignited my passion for singing and performing,” the Cebuana singer said.

Amon also expressed how blessed she had been to share the stage with Asia’s Songbird and Popstar Royalty whom she had always loved and respected.

“In behalf of all the dreamers you have inspired, maraming salamat po Ms. @reginevelasquez and Ate @sarahgph,” she ended her post.

Amon started to have a name in the industry after she joined “The Voice of the Philippines” under the wing of Geronimo.

She made the Philippines proud when she represented the country for the Asia Song Festival 2017 in Busan, South Korea.

In 2018, she had her first homecoming concert in Cebu called, “Morissette is Made.”

Recently, Amon was chosen by Disney Philippines to do the cover of the Aladdin’s theme song, “A Whole New World” with Kapamilya singer Darren Espanto. /dbs