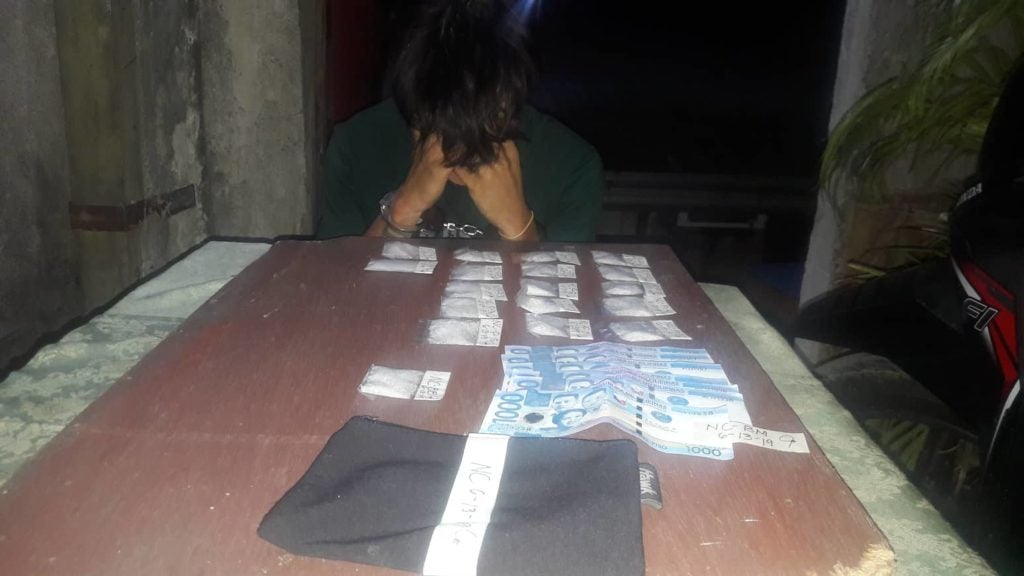 Neil Canatan is caught with several packs of suspected shabu during a buy-bust operation in Barangay Kamputhaw in Cebu City on June 13. | Benjie Talisic

CEBU CITY, Philippines — With his common law wife pregnant, a 23-year-old jeepney conductor turned to selling illegal drugs to earn more money for when his partner would give birth.

Neil Canatan succeeded twice in earning P3,000 for delivering illegal drugs to customers, but, on his third try, Canatan’s luck run out.

Canatan, Barangay Sawang Calero, Cebu City resident, was arrested in a buy-bust operation in the Barangay Kamputhaw in Cebu City at past 10 p.m. on June 13 .

Apilat said that they conducted the operation against Canatan after one of the drug suspects they arrested in a previous operation pointed to Canatan as the alleged supplier of the illegal drugs he had.

He was caught with a medium size pack and three large packs of suspected shabu that he was supposed to deliver to three other customers had he not been arrested.

Apilat said that the buy-bust was also a joint operation between the CIB and the city’s Drug Enforcement Unit.

Canatan’s arrest happened a day after a house painter was caught with P1.8 million worth of suspected shabu during a buy-bust operation in Barangay Basak Pardo in Cebu City.

When sought for comment about his June 13 arrest, Canatan told CDN Digital that he turned to delivering and selling illegal drugs to earn more money to save for his pregnant common law wife.

He was detained at Camp Sotero Cabahug detention cell pending the filing of charges. / dbs

Read Next
Garcia spends P4.5 million in May polls